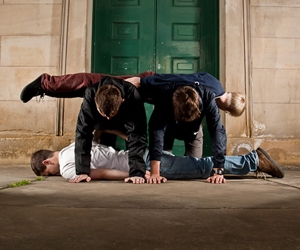 Alt-J 18 & 19/1 Trusting the hype is not a wise thing to do; though I have to say Mercury Prize winners rarely disappoint (unlike the MTV Awards, or even the Grammys). As the 2012 Mercury favorites (thanks to their refreshing debut An Awesome Wave) Alt-J were both worthy of the prize and the hype. Letting go of the fact that their fans seemed more scatterbrained champions of the latter, than thoughtful lovers of the former, those two nights at the Empire, I shot my attention straight to the stage. The band was humble, the songs equally sophisticated and entertaining - and sexy, ooh yeah (never to be underestimated). I couldn't quite stand the melodic romanticism of their catchy hit Matilda, that intoxicated the crowd, but I did love the sinister vocal rollercoaster of Breezeblocks, the sensual breeze of Tessellate and the menacing goose-bumps of Fitzpleasure. An Awesome Wave, that was... 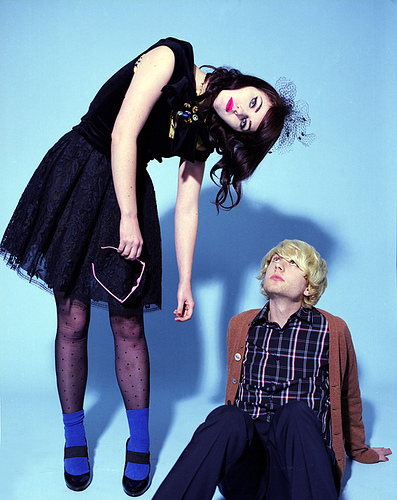 Blood Red Shoes 22/1 An unexpectedly loud gig - given that BRS are your average (meaning in volume levels) alternative rock band. Opening with Wet Nuns and Rolo Tomassi, the night was filled early on with a splitting (in a good way) buzz, only for the headliners to take it up from there with their probably best record to date. In all honesty, I haven't spent tons of time on the Brighton band, but it was still obvious that along with the release of their ambitious third album In Time To Voices came a new-found musicality, which beautifully punctuated the noise. It hadn't always been obvious on record but, on stage, it was ours for the taking.

Review by Danai Molocha, photography from the web search.
Posted by DMol at 5.2.13