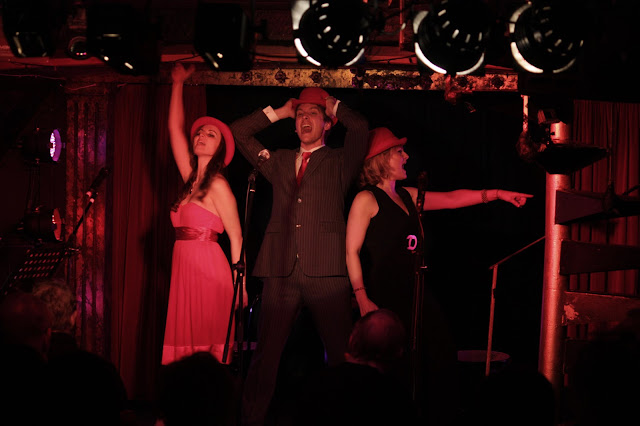 As performer and creator of the crossover euphoria that is Red Hot Opera, Kate Radmilovic has a clear vision of what her next show is going to amalgamate: Pop and musical, humor and sensuality, the odd minor key against those exceptionally high notes she handles so well. "Joy, good fortune, the positive shades of red", she asserts.
Just another crossover opera show? No.
From Il Divo and Katherine Jenkins to Alfie Boe, we've seen our share of those. This time round the multi-tasking soprano wants to focus on her future, which mostly involves vocal jazz lessons and Nina Simone covers.
More contemporary than opera crossover, with the accent on acting rather than plain singing, the new RHO show finds a twist in every sonic plot. As if to affirm Radmilovic's commanding grip on this new musical and personal direction, the cast brings two women opposite one man; it's girl power all the way.
A week before the show, the Red Hot cast are up and running, shooting and recording in, out and about the Old Street studios they chose as a base. Radmilovic and established musical director, composer and pianist Charles Miller have been fervently working on it for the last few months, rearranging melodies, developing original ideas, and later also fusing spirited choreography and new collaborators in the continuously evolving mix. There's never enough time. Somewhere between the red and the hot, Miller's own music (Red Red Red, in collaboration with lyricist Maura Matlak) and Leonard Bernstein, one can trace some melancholy notes; Tina Turner flirts with Cole Porter and Celine Dion hangs out with Albinoni. It's Radmilovic and Miller's job to melt these contrasts into one gracefully eclectic mix. 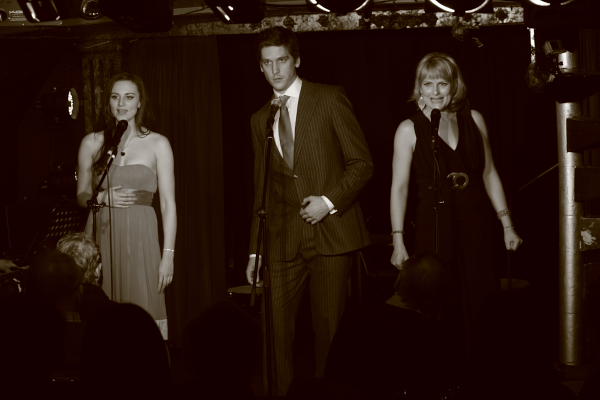 Fast forward a week later. The live rendez-vous is at the Battersea Barge, strategically anchored for the mirthful and the musically romantic on the Thames. Atmospheric, cozy and tight, it accommodates a line of tables along its' belly, barely leaving any space for the waiter to squeeze in aromatic dishes and wines. Nobody seems to mind. 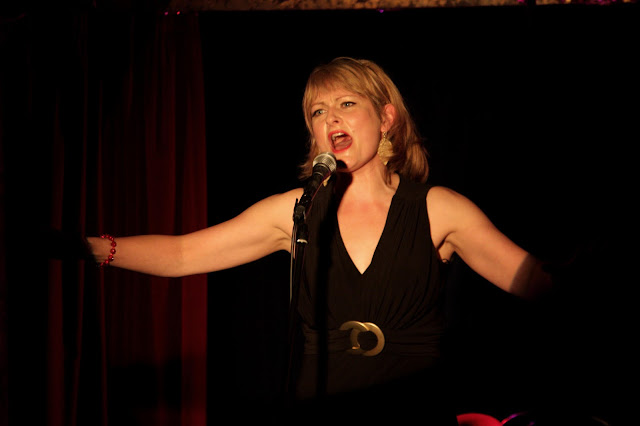 The show opens with a statement: Nina Simone's Feeling Good newly arranged by Miller - an advantageous introduction of the starring trio. Radmilovic is in company of tenor Elliot Harper and soprano Katy Treharne, all three of which have at some point shined at West End's Phantom of the Opera. Bernstein's We Are Women (from the operetta Candide) later finds the two ladies exchanging an exuberant vocal dialogue, accessorized with red and black boas. All three eventually get their solos, in alternation with duos and intriguing menages a trois, the latter ones responsible for some of the perkiest moments on stage. If high, emotive notes are what Radmilovic does best, exaggerated farce doesn't follow far behind. Unafraid to take up the role of the jealous gal, often retreating at the back of the stage, she ultimately wins the crowd over with a series of comically devious looks. 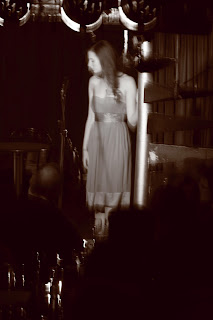 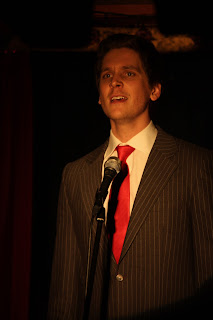 From  Stephen Sondheim's That'll Show Him (from A Funny Thing Happened On The Way To The Forum) to Celine Dion's All Coming Back To Me, Red Hot Opera equally plays, feels, dances, or bares its performers opposite the viewer. Chicago favourite All That Jazz gets a sinister make-over, Joni Mitchell's Both Sides Now turns into a duo, while Tina Turner's What's Love Got To Do With It becomes generously  sentimental in a Radmilovic solo.
So where does the word opera fit in all this? Apart from the obvious - Albinoni's Anytime Anywhere (arranged by Sarah Brightman) and a popular opera medley (arranged, once more, by the charismatic Miller), it feeds the trio's technical expertise. Their knack for epic notes creeps in among the poppiest of interpretations. Despite RHO's new-found lightness, it's operatic theory (and practice) that dictate elegance over saucy cabaret, romantic games over erotic provocation. The shades of red are more luscious than aggressive. But even though the sonic palette remains playfully romantic on the surface, there's still plenty of burning passion in the deliveries behind it. 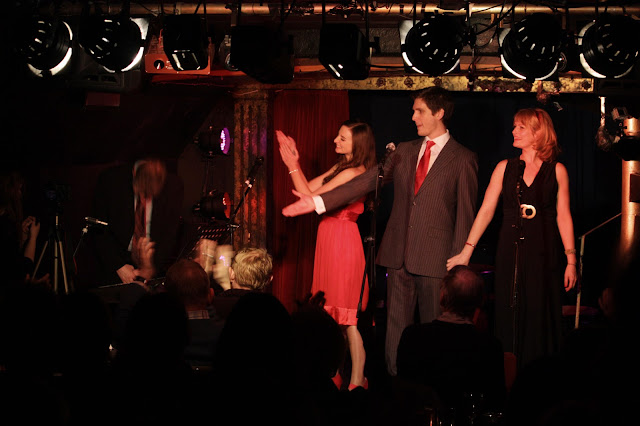