Smithsfest: The Enduring Cultural Significance of The Smiths @ ICA

To hang, or not to hang the dj? 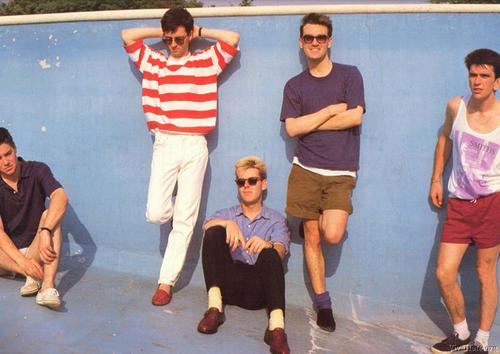 Here I am, ages after my last blog. But not without excuse - I've been busy attending events: Mouth to Mouth Festival, Beach House, Joe Bonamassa, Martin Rev with Gallon Drunk, British Sea Power with We Were Evergreen, among others. Some of the above will follow suite as an extensive blog, some will be eaten away by new priorities.
For now, the best of Smithsfest.
Hardly anything in the rest of the program looked truly interesting (mainly a lot of live bands, that could've just played in any fest...). But that panel, yes.
Let us philosophize, then, on The Smiths' influence - to hang, or not to hang the dj?
The Institute of Contemporary Art's ground floor theatre (where I had seen A Place To Bury Strangers, a few years ago..) was packed with chairs, and with people on them. I was glad to be among so many Smiths fans (that would be the point of such geeky events); and, as it turned out, serious Smiths fans too. There was nothing hipster or obviously pretentious about their questions, later, to the panel, which to me it says a lot (unlike some film festivals I've been to, where the audience's questions go something like "it shows from those 48 seconds/in the 18th minute/from the sepia colouring, that you shot with a hand-held camera, put in so and so mode, and so and so I've studied film and I've done 40 seconds of that myself, corner Super 8 and Surrealism).
To quickly copy the ICA website, the event was "led by ex-NME editor Danny Kelly, with panellists Joe Brooker, lecturer in Modern Literature at Birkbeck College; Dr Eoin Devereaux, Department Head and Senior Lecturer in Sociology at University of Limerick; Julie Hamill, creator of #MozArmy and 'Fifteen Minutes With' blog; and Peter Finan from MorrisseySolo". 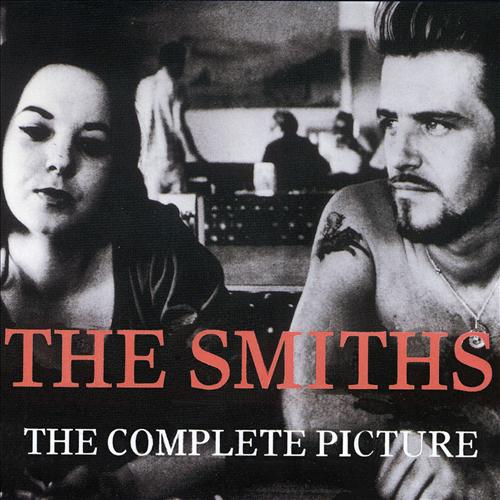 Each panel member had a distinct character and vision, and that's precisely what made it so successful. They were funny, smart and they cleverly interacted. I got the same energy from the panel, that I previously mentioned about their audience: They didn't plan to be somehow, as it was expected or demanded. They just were..
If she could have a 15-minute interview with The Smiths, Hamill would "just want a hug!", baring her sentimentality against a brilliantly intellectual marathon question a fellow panelist, hypothetically, would pose (who was the second one from the left? Finan, was it?...). Something about fading guitars on the 5th minute of so-and-so song, and the use of keys instead of electric guitar in the final seconds of the so-and-so chorus, and so on (I'm pretty much making it up...) What have I said about the questions of a pretentiously inquisitive audience? Exactly that - only the panelist actually meant to be funny!
There was a big issue about Morrissey going solo - we hate him, we hate him not? As expected, opinions were, again, divided, with a couple of people (panelists and fans) claiming pretty much that they don't even want to know there's such a thing as a Morrissey's solo career ("Big mistake!", I was ranting inside, "the man has made some gorgeous solo songs!" And I'd say almost the same about Marr). Some would kill to see The Smiths live; some wished they'll never, ever decide to go for it. Regardless of their passionately diverse private wishes, they would all go in the end.
...Which was exactly how I felt. I'm proud they haven't done it. I'm proud somebody's resisting the cash (even if, privately, they might be fighting like dogs, and only antagonism rises from the ashes of my beloved band). But I wouldn't miss it for the world.  Like one of the panelist said (probably Julie), The Smiths would never, ever be the same again. It was what it was - and it was great. Now they'd only be something else... 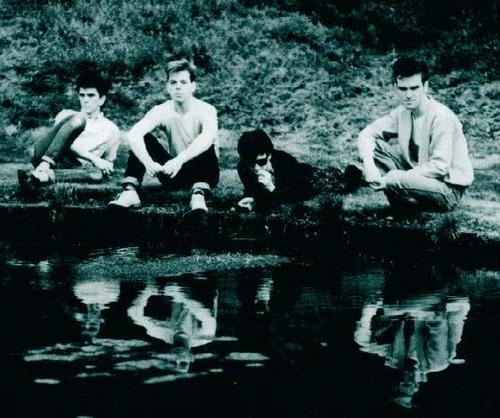 I can't measure the cultural significance of The Smiths in a scale from 1 to 10. I can't open my arms and say "that big". I definitely can't write a proper, professional analysis.
All I can say is, the mere mention of some of The Smiths lyrics, let alone all the big questions and the die-hard fans that surrounded us that evening, made me go back at just how much they saved and changed me. "I'm the son and the heir of a shyness that is criminally vulgar", sang Morrissey. They left a light that never goes out.
As for the rest, What Difference Does It Make?
Posted by DMol at 19.4.13 No comments: