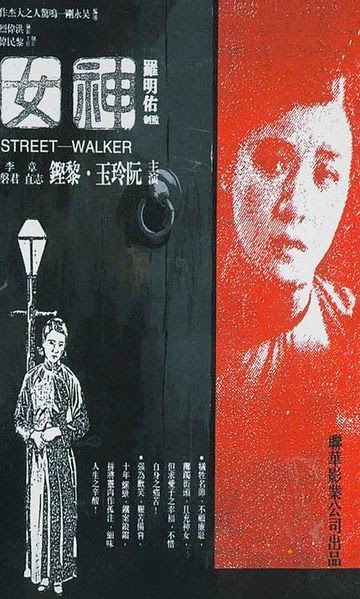 The light from the Electric Shadows


A massive screen was set at Queen Elizabeth Hall to welcome The Goddess, a standout achievement of the silent era starring an iconic figure of the Chinese cinematic legacy, Ruan Lingyu. Part of the Electric Shadows, a year of film collaborations between Britain and China, The Goddess, meticulously restored by the China Film Archive, included the UK premiere of a new score by prominent Chinese film and classical composer Zou Ye.

Against an imposing room, the musicians of the English Chamber Orchestra with their strings and horns and general sonic paraphernalia sat ready to support Lingyu in her dreaded misfortunes in the streets of Shanghai.

Her deep-felt sorrow, enhanced by a rough personal tale in its own right, didn't have the outlet of loud words, but it shot through a wide spectrum of nuances in the actress's expressive eyes. Ye segued compositionally through his silences and crescendos, giving body to a humanistic tale not of a prostitute, ultimately, but of a mother like any other. 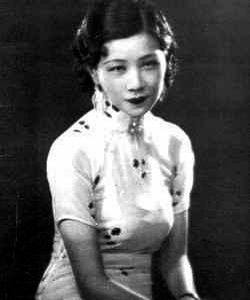 A story and a score not pursuing the groundbreaking in their concept, they flee melodrama with subtle interpretations and grounded realism. A prostitute who fights for the right to education as a weapon, despite the miseries indiscriminately thrown at her, she touches the emotions with her unyielding sense of perception, to the film's true credit. A soprano's final mourning wail followed the heartbreak, but Lingyu's conviction, newly as a jailbird, was ever present. "Goddess" is an ironic term for a prostitute, but the heroine brought down all stereotypical behaviour thrown at her profession with levelheadedness and dynamism.

Behold the true Goddess, and in the Queen Elizabeth Hall she found a new voice. 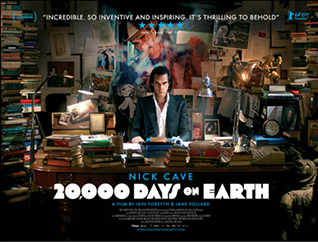 The good, the bad and the ugly seeds of King Ink's creative process

There has been much debate about Cave's authenticity - or is it pretension? - in this surreal and transcending documentary - and documentary, in its truest and most transparent form, it is surely not.

It doesn't have to be.

It all really begins from the question does an artist belong to "his" people - should he, if at all? (No). People are possessive by nature, they have to grab hold of any piece they can get. Cave seems to share big chunks of his routine (if you can call it that), without actually indulging his audience's possessive tendencies. He does it the artist's way, as an introvert: He makes it obvious that he has planned this, and he delivers another, rather casual artwork with it. The intrusive moments of him waking up next to his wife (who remains hidden behind protective waves of black hair), or coming face to face with himself in the bathroom mirror, are all choreographed. Hell, his long conversations with his psychoanalyst could only be that. But there is great accessibility in revealing the instrumental choreography of his everyday life, and, if anything, he makes you part of his bonkers artistic methods. In the end, you get in touch with what really matters in this life. [Plus, Blixa Bargeld finally spelt out why the hell he left the band. The last thing we had read about it was that he sent an email saying he's leaving, Cave commenting that "he's always been a technocrat", and we had left it at that...].

Compliments to Iain Forsyth and Jane Pollard for delivering one of the most original and creative rockumentary-type works we have ever seen, an immersive experience that, like some of the best Bad Seeds gigs, it triggers the audience to run home and scrape together some lyrics and drag over their music freak friends and bang on the piano and the drums and set the violin on fire (hopefully not torture the wife with their quirks and moods, like Cave repeatedly admits..). 20,000 Days on Earth brings together the bad, the good, and some even ugly seeds of Cave's creative puzzle - reflective, introspective, electric, explosive.

Jubilee Street wraps it all up in the most galvanizing of sonic backdrops, where a thunderous succession of Nick Cave images from the past 20,000 days flash like lightening. Your blood is pumping, your skin is sweating and your eyes are almost in tears. Only this time, you know (quite a bit more of) what lies beneath. And that is no small thing.