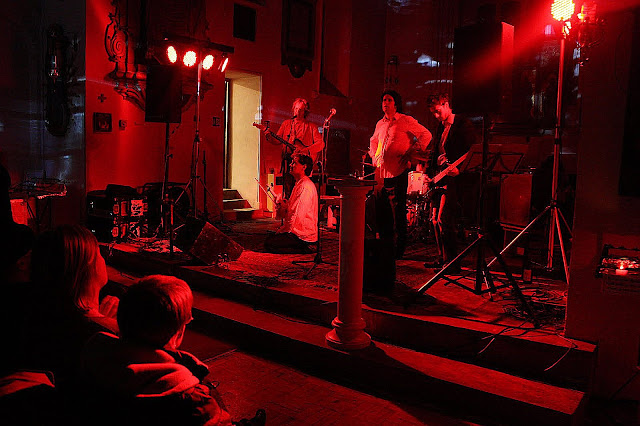 The Band of Holy Joy – what a delightful enigma! Now reaching their third decade, they continue to form one of the most intriguing, yet underestimated Indie Folk bands that have ever come out of Britain. 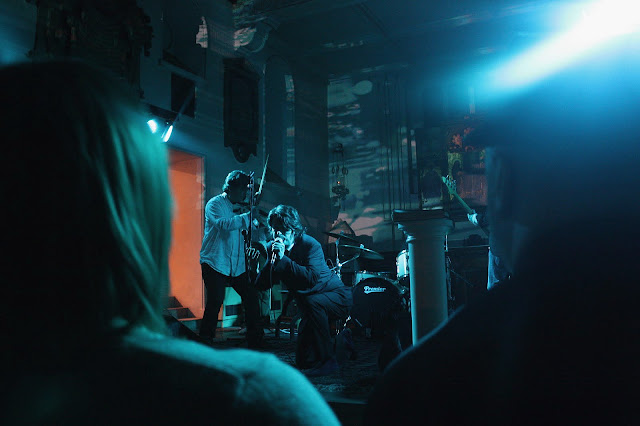 The haunting projections by film maker Inga Tillere welcomed the quintet on stage (or should I say altar?) with their combination of vocals, guitar, bass, drums and electric fiddle (the latter being especially characteristic of the band's sound), against a crowd of long-time initially timid fans, potentially intoxicated mates and jolly toddlers - all of which eventually joined their majestic dance. 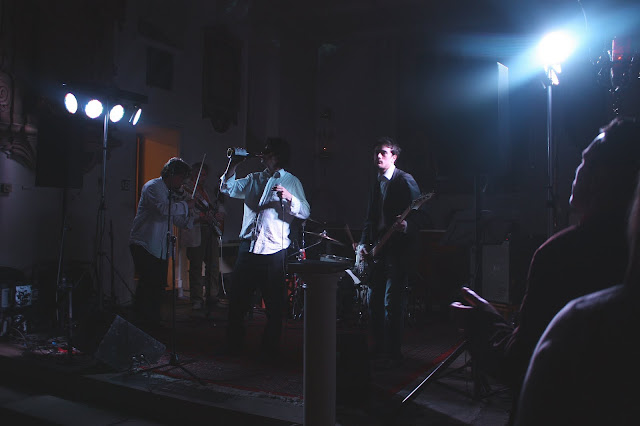 The full-on dramatic energy was soon followed by lyrically eloquent ballads, surprisingly reminiscent of the impending darkness that prevails in cult bands like Current 93.
Frontman Johnny Brown's passionate delivery went hand-in-hand with Chris Brierley's electric violin, bringing to light their new single “Oh What A Thing This Heart Of Man”.  Radically romantic “Punklore”, “I Dreamt That The City Was On Fire”, “Evening World Holiday Show”, “Fredda Cunningham” were also there.
Having resisted both Punk's sarcastic anger and Folk's easily digested poetic Soul, they have coalesced into eclectic musicianship and politically charged lyricism.  Which has left them in a place of their own – and it's as good as it gets.

Review by Danai Molocha for http://www.liveatyourlocal.org.uk/music/
Posted by DMol at 7.5.11