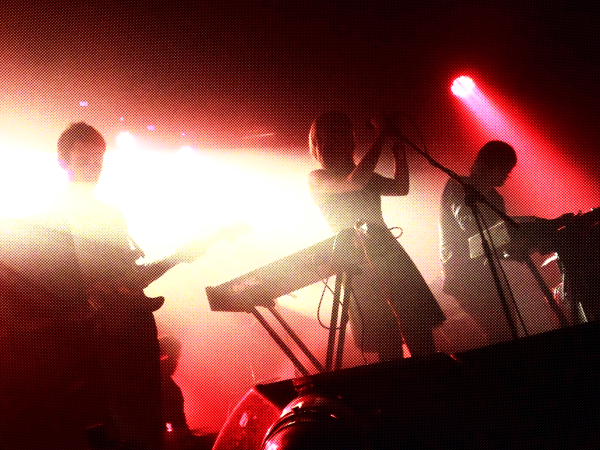 When you come with a noir synth pop gem of an album - Kill For Love, that is - and you play a Heaven-ly underground club with moody low-ceiling rooms and arches, you pretty much prepare your audience for a Drive... em, ride, that is. The band's contribution (Tick of the Clock) to that trippy, cinematic-with-a-twist soundtrack must be to blame... But obviously Chromatics didn't have to stick with that one hit, the way it probably happened with Desire and their signature You Got Me Under Your Spell. Here, key player (both literally and metaphorically) and producer Johnny Jewel (Desire, Glass Candy, Italians Do It Better record label) teamed up with Chromatics' only original member Adam Miller, who penned most of the songs. And what a job he did at that. Coupled up with the sad longing of Ruth Radelet's vocals and Nat Walker's beat on the drums, they make for an addictive on stage ensemble.
With black tears painted under his eyes, Jewel was an imposing figure in black (he probably doesn't wanna hear it, but he'd make an excellent Edward Cullen in a parallel Twilight universe), while Miller played a sinister part combining good-boy looks and sexy, dynamic guitars. Ruth was... Ruth, as obscurely delicate and lusciously soothing as on record.
From Lady to Kill For Love and I Want Your Love, the music was sweet, decadent and lustful, dressed up with hip-swaying synths (setlist also included Tick of the Clock, Back From the Grave, These Streets Will Never Look the Same). Their cover of Kate Bush's Running Up That Hill in my eyes dulled (and dulls in general) the result. They might have found some common ground in theory, but ultimately the cover lessens Bush's weird dynamics, while it makes the band sound weirdly conservative in return. I much prefer Neil Young cover Into the Black, which opened the much-awaited encore with a sensual, aching edge unfailingly strengthened by that classic rock guitar. Disco-rhythmic In The City was the last goodbye, one that left us swaying quite a while after that.
Well, that's understandable since they played just 9 songs, in a fairly short set that would've left us  either way wanting for more. Obviously I can't claim total disappointment, but a bit of bitterness I can't deny. 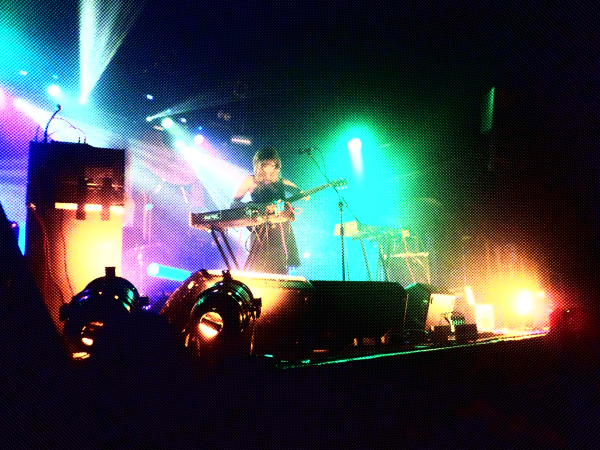 Review and live photograph by Danai Molocha.
Posted by DMol at 13.11.12