Shifty tales of a shifty player 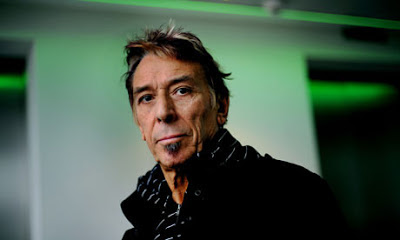 Dear, dear John...
A driving force behind the American avant garde (despite a distinctive Welsh identity) since the sixties - from La Monte Young and an insignificant little band called The Velvet Underground to currently de rigueur producer Danger Mouse, who jams with the master for his 15th solo release Shifty Adventures in Nookie Wood.
Not that the latest Cale record is that revealing of his avant garde credentials. It pretty much takes a ride on the poppy/whimsical electronic side, with a guitar still able to shake up those fancy RFH walls.
This last gig, part of Southbank's Ether Festival, opened with the sweet-voiced sensibility of Lucy Rose who had just landed from Brussels with her guitar, straight into this vast and unwelcoming hall. But she managed to hook the audience alright. Delivering glimpses of her brand new debut Like I Used To (we already knew her from her collaboration with Bombay Bicycle Club), she was funny and witty - and that voice! Her songs frankly bored me on youtube, but live she vibrates with feeling (tellingly, a lot of people suddenly ran to buy the album after the show).
What's so avant garde about Cale now - still, and always -, is that you don't really know what his mood is gonna be next, unattached by outside influence, or persuasion. He's been messing with funny-sounding synths and electronics for quite a while - also apparent in his current record. If there's something the time passing hasn't touched, it's that his brain is always going to rush ahead, incorporating timeless vintage traits on the way. He tries new shit when he feels like it; and that's exactly why no one is able to pigeonhole him.
I laid back and listened to the different soundpieces come together - from the audience shouting out their love of his marshmallow-pink jacket (very cool indeed) to the echoes of the classic Helen of Troy. Cale stayed focus and sober all the way, hardly the charmer...
He has always been the introvert. He's given a hand to more than a few heady masterpieces in his 50-year career - but he's most comfortable creeping under your skin. I let I Wanna Talk 2 U, Vampire Cafe, or Midnight Feast from his new album, creep in, trying to decode Nookie's sinister pink/blue cover...
Well, I don't have to be pushed and intrigued every passing second; that's the reality - and that's talent where I come from: It doesn't always speak loudly, but each moment has its own significance. 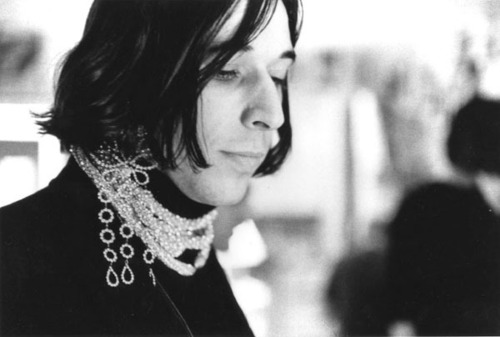