Van, you're the man 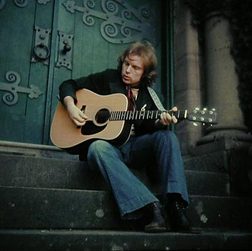 The tickets were really expensive - the £30 ones went real quick; so I was left with the next "cheap" option of £45-60  (I definitely wouldn't consider paying £100 plus). And all that, for a blues selection that possibly wouldn't move me.
I would've much preferred a focus on the dreamlike Astral Weeks, or Moondance. No matter my love for these albums, the videos I had seen of him "playing the blues", well past his prime, hadn't convinced me to spend that kind of money.
But... it's still Van. I had to see him live at least once in my life.
Luckily, the £30 ticket (for a £45 seat) that eventually someone sold me at the door was more than worth it.
It's not the setlist that counts; it's not even the fact that, in good luck once more, that night I caught him on great form. You see, he's famously grumpy, if you didn't already know; and he admitted as much on stage ("With these men around me - nodding at his band - who wouldn't be grumpy?").
But even on a grumpy night, I can't imagine that voice not moving mountains. It breathes with depth and truth and quality, and the rest, doesn't really matter. 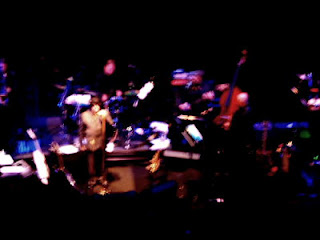 He opened with the classic Baby, Please Don't Go and, via Route 66, he moved on to a couple of my beloved Astral Weeks extracts (like Ballerina). But even though I didn't have the pleasure of listening to my favourite title track, or Moondance for that matter, there wasn't a moment I didn't feel blessed by his presence.
Over an hour later he wrapped things up with a marathon version of Gloria that set our seats on fire and got the people dancing. But, as it turned out, I could've easily gotten by without an all-time hit. Van's voice is the essence, and the weight of his talent and presence sweeps all resistance away. To hell with the old man grumpiness. Here lies true treasure!