I'm gonna go out on a limb here: Despite a long line of critics swearing by Parks genius for over four decades, the Mississippi-born composer-songwriter-producer (you name it) super-surprising in my eyes he is not. He did, surely, break ground in the sixties - and he still is, by remaining so generously uncompromising, true to his instincts and music itself. Qualities so rare to find, as is his wide open mind nearing that of a genius; so apt to receive, elaborate and absorb any style or musical expression, from Afro-Carribean Calypso to vaudeville and psychedelia. Considering how that is so hard to apply gracefully in actual musical progression, his seamless eclecticism makes him the grand man that he is.
I am no Parks expert. I have hardly paid notice to his lyrics, the Beach Boys' long lost "treasure" Smile, famously tied to his name, gives me a rash at every sound, and his Disney-jolly music is hardly what I call home. Maybe the respected Britten Sinfonia, which accompanied him, assimilated Bluegrass with classical in such a way that managed to annihilate the combo's peculiar dynamics. I take it all into consideration... 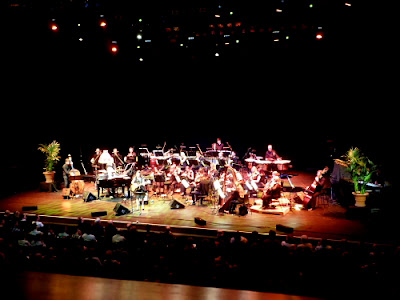 Over time, I've kept my antennas in constant search of the beautiful and the radical; I have a hunger for the experimental weirdness any good old wacko can bring to the game. I unobtrusively welcome Parks persona and smile at the guy who shows me such great character, but my enthusiasm for the "groundbreaking" and the "surprising" fades after only a handful of songs. Once you get it it's gone; and there's no point repeating it unless it's just your style - or your life lacks character so badly that you listen agape with wonder that such thing exists.
I consider my feeling valid despite my partial ignorance of Parks' thick songbook. It was understandably hard for the audience of the time (that time being the already radical sixties) to grasp what he was going for. It's probably hard now to fathom such a carefree personality and nonchalant creative license - maybe harder than ever. Joanna Newsom's Ys, which he arranged, is one of my all-time favorites. Thanks to Parks' otherworldly vision (and Joanna's, naturally), it maniacally drew me in over and over again (and it still does, six years after its' release). But a lot of the time that Saturday night I felt like I was listening to the same song on repeat - and it wasn't good. He took all those different beats and turned them into one - his unique, melodic vision, we all agree on that. A remarkable thing, but after a while it doesn't fluctuate from A to Z. 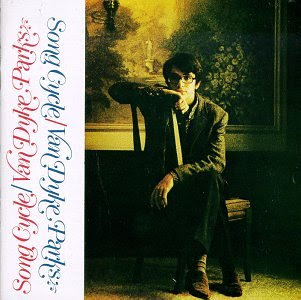 I found admirable his ability to juggle melodies, his abundant spirit and charisma. We need people like him - they're so few!
His comments inbetween, were equally spirited: "I live in a country where 35% of the people believe in evolution. The rest think the world was created in 5 days - and it's not cute!".

Respect for his tribute to Randy Newman (Parks covered Vine Street on his debut solo album Song Cycle), Vic Chesnutt and the groovy Elvis Costello/Alain Toussaint duo - but yes, you couldn't tell whose song he was playing each time... Not much difference...
Rising Guatemalan star Gaby Moreno offered a temperamental hand in the musical outcome, as did (less temperamentally) Fleet Foxes' Robin Pecknold and Grizzly Bear's Daniel Rossen. Together they delivered some memorable moments, without (again) breaking the norm.
The undoubted highlight was a luscious version of Death Don't Have No Mercy In This Land, a song with such deep soul, coloured in addition by Moreno's haunting blues vocals - it sent shivers down my spine. I found Moreno (who opened the show) altogether too easy-listening for my taste. But her strong, tangy voice shone bright in the context of a history-heavy blues song. 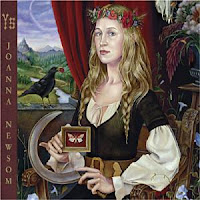 In the Barbican Hall there were a lot of empty seats, which translates to the fact that the audience probably prefers to listen to the artists Parks worked with, than the man himself. But he did get a standing ovation in the end. He deserves a place in the spotlight cause his work is undoubtedly beautiful and, without necessarily insisting on the earth-shatteringly experimental, its ease and diversity got us a long way. He sticks with this geeky character and preserves its integrity against all tremors (I wish there was a tremor!).
"Boldly going forward because we can't find reverse" is, according to Parks, the Liverpool taxi cab drivers' motto - one he has adopted and has been going by himself. His sound might not always sound forward, surprise, or even entertain me after a while, but I do know good music when I hear it.

Review - and a picture of the full band by Danai Molocha
Posted by DMol at 27.6.12