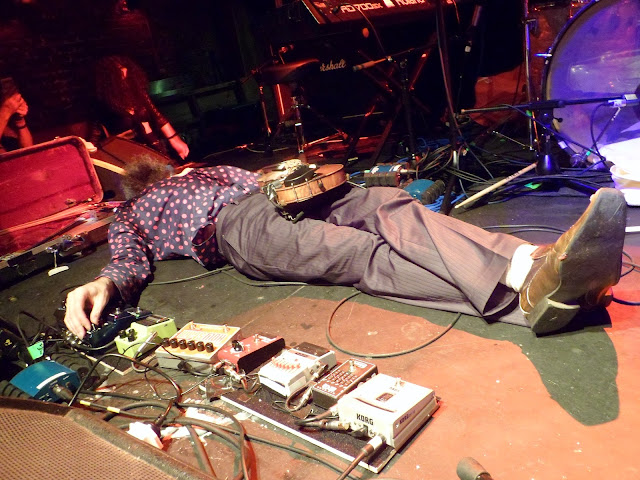 The moment I saw Warren Ellis scratching his violin like the devil, drawing a menacing backdrop at a Nick Cave & the Bad Seeds extravaganza, I got hooked.
Seeing then Dirty Three themselves (altogether in large doses, at the Dirty Three-curated All Tomorrow's Parties, in April 2007), my devotion was sealed in wax.
The man is rad. 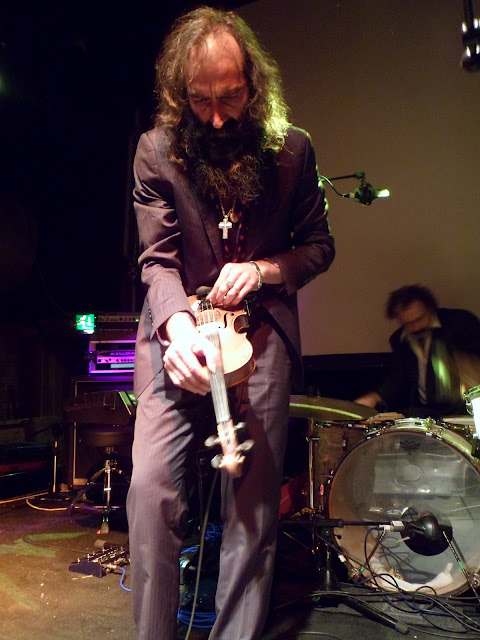 Guitarist Mick Turner and drummer Jim White provide exemplar support. They're like the paragon of bands, the way so seamlessly and unassumingly compliment one another.
Ellis, that wicked devil, is anything but unassuming, of course - from the casual jokes about Bono's hemorrhoids ("...then Sunday Bloody Sunday would take up a whole new meaning"), to his constant screams and banging of his boots, dancing like a puppet whose master's gone astray.
And what a vision it all is. 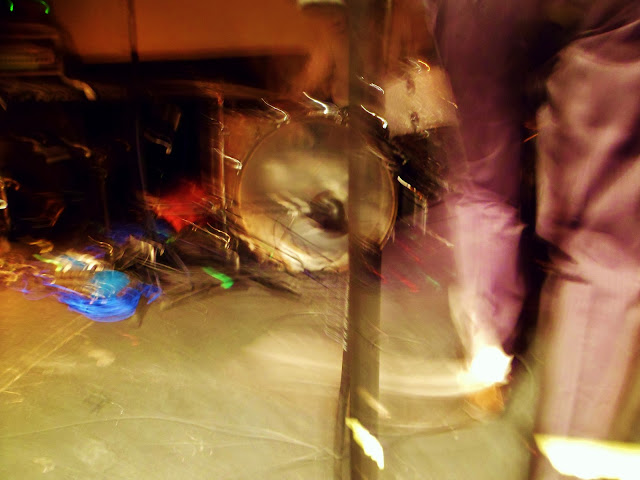 Their 8th album Toward the Low Sun only has a few months on the record store shelves.

Their material, from their 1995 debut Sad & Dangerous to this year's Sun, has been consistently assailing us with instrumental madness, which often starts slow and soothing before it disappears into a whirlwind of improvisation and sinister experimentalism. At times the band get carried away with the peaceful violin melodies, going on and on a lot longer than they should (this gig is no exception); but then comes another goofy punch-line, another kick, another sonic perversity. In a much more limited, intimate venue than ATP's array of stages, this Cargo gig gives, admittedly, more space to serenity.  But this, too - make no mistake - involves a generous well of fun. 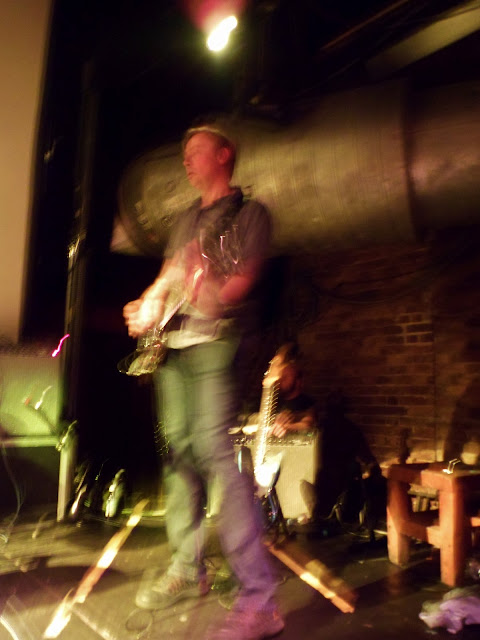 They open with Rain Song and Furnace Skies (from their latest release), then Everything's Fucked (from Dirty Three), Sea Above, Sky Below (from Ocean Songs), Some Summers They Drop Like Flies (from Whatever You Love, You Are), all adding up to a career-spanning panorama of the trio's work; and we really appreciate that. Their indulgence in improvisations don't leave much time for a great number of songs, but the Three make sure they make space for some old crowd favorites. 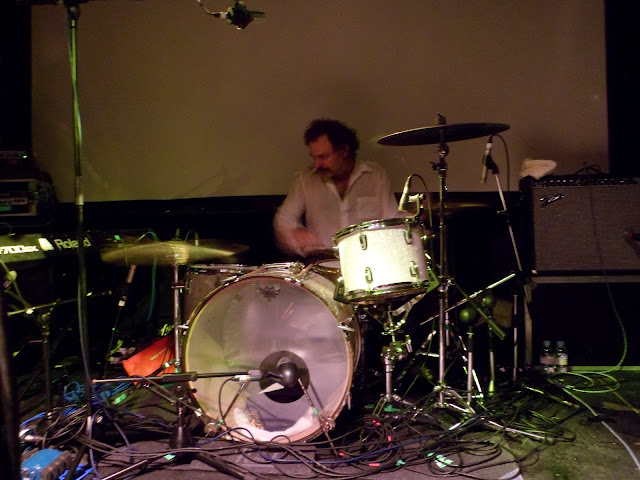 Warren here and there swaps the violin with the keyboards. If you only read that and the song titles, you'll most certainly take him for a sentimental bastard. And he is - just add a lot of acerbic humor, irony, strength, and a helluva lot of distortion.
He and the band give an amazing performance once more - and it's righteously sold out.
If you like Dirty Three, this is one show you shouldn't miss. Make sure next time you get in before that last ticket goes out. 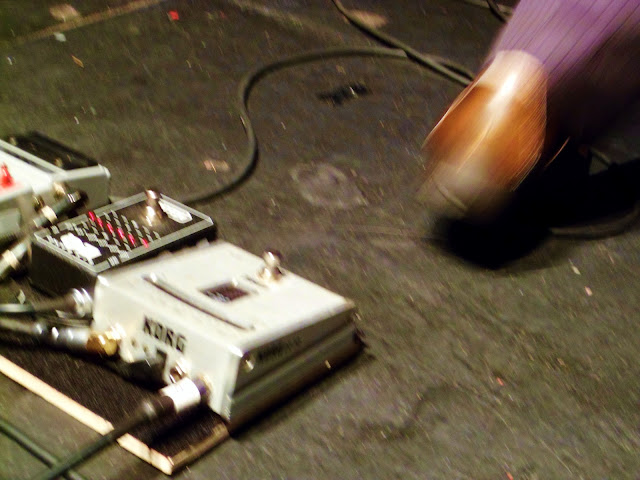 Review and photography by Danai Molocha
Posted by DMol at 7.6.12