Hail to the Acrobats 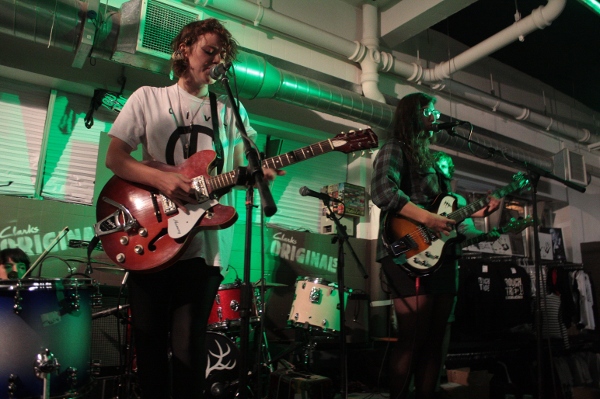 Just a day after the release of their sophomore effort, ‘Acrobats’, Peggy Sue , (a trio), visited Rough Trade for a face to face presentation.
Calmer than usual, befitting the intimate surroundings of the record shop, half the crowd sat cross-legged in front of the stage, attentively listening to Peggy Sue's intriguing Post-Folk stories.  A big part of the band's strength lies in the beautiful double vocals by Rosa and Katy, a rather dark, sensual and emotive blend that makes your spine tinkle. Then joined by Olly, the masterful drummer, a talented string sectionand the occasional bassist. 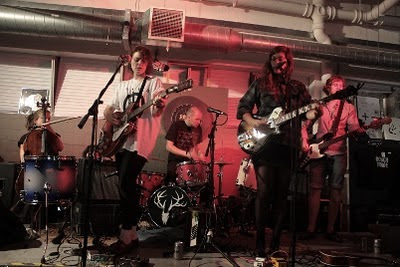 New songs like 'Shadows' crossed paths with older melodies, ‘Read It In The Paper’, interspersed with spontaneous pans that eliminated the distance between audience and stage. The band's goodbye comprised of a surprise medley, that peaked with an impressive triple drumming.
Peggy Sue’s a name that at first evokes something fragile; but this band definitely knows how to bang that drum – both literally and metaphorically.
Review and photography by Danai Molocha for www.liveatyourlocal.org.uk
Posted by DMol at 17.9.11