When I truly love a band, writing either translates to a predestined inspiration flow, or to a total lack of it - like now. How do I write a so-called "review" about a band that immerses me into a visceral state?
I kept on thinking this the whole time during the gig: These guys - albeit, most of them, rather stylish - look like a bunch of untamed underground primitives, which one day grabbed a mic and a guitar and commonly came up with profoundly melodic, poetic narratives, which other musicians would kill to possess. The revenge of the outcast.
Though Crime & The City Solution are outcasts no more (needless to say, in a review straight out of Queen Elizabeth Hall..). After the Sydney, Melbourne, London and Berlin phases, their brand new album American Twilight (their first one in over twenty years, which focuses on the imminent downfall of a sovereign empire) finds them in Detroit (frontman and mainstay Simon Bonney's city of residence) and more "popular" (or, more accurately, "appreciated") than ever. People have been given time to sink into their powerful thirty-year-plus history, one that has been evidenced in only a handful of records, and a couple of physical (Wings of Desire) or sonic (Until The End of The World) cameos in cult Wim Wenders movies. 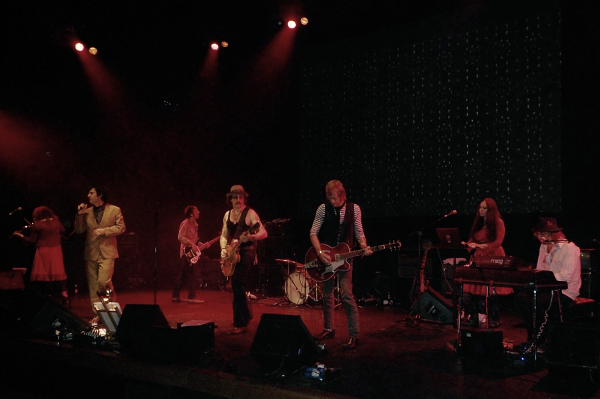 ..That power American Twilight, or their present reincarnation for that matter, didn't fail to validate.  With Simon Bonney (in a quirky mustardy suit and polka dot shirt) steadily at the helm, a sonically outraged Alexander Hacke (Einsturzende Neubauten) and a sinister David Eugene Edwards (16 Horsepower, Wovenhand) on guitar, a raging Brownyn Adams on violin, Jim White (Dirty Three, Cat Power etc.) on drums, Troy Gregory (Swans, Spiritualised, The Dirtbombs) on bass, Matthew Smith on keyboards and Hacke's other half, visual artist Danielle de Picciotto on a haunting video background of dilapidated houses, skulls, angels and ballerinas - this band was in turns barbaric and gorgeously gifted.
Setlist included All Must Be Love, Six Bells Chime, I Have The Gun, On Every Train (Grain Will Bear Grain), Keepsake, Rose Blue, My Love Takes Me There, among others. And even though a certain Rowland S. Howard was a pivoting presence in this and any other band he ever took part in, this was one hell of a reunited ensemble. American Twilight will be released on Mute next spring. 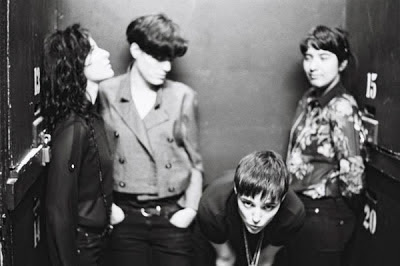 Oh, and before I wrap this up.. Opening the show wasn't just another support act. Savages, a fierce, black-clad all-girl quartet possessed Siouxsie Sioux's femme fatale vocals and the dramatic urgency of almost every post-punk band out there (even Ian Curtis's stark, awkward spasms echoed in singer Jehnny Beth's unbeautiful knee-jerk reactions); but it certainly didn't strive to imitate anybody. That's who they are, it seems, and they display it beautifully at their I Am Here live ep (12'' vinyl from Pop Noire or Rough Trade), or the 7'' Husbands/Flying to Berlin (www.savagesband.com). Another party of primitives to watch out for..