Pieces of the Empire (i.e. the O2 Shepherd's Bush Empire) 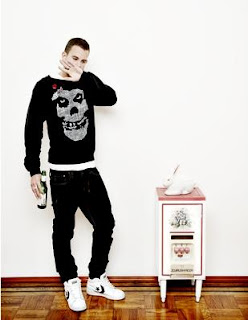 M83 16/02/12 Unfortunately, on that sold out gig, I was too busy to keep my eyes on stage long enough to come up with a deserving full-scale review; but the furtive glimpses I did give, convinced me that Monsieur Anthony Gonzalez and his lot know how to give a live (not to mention a light) show. Surrounded by alternating otherworldly artificial constellations, the band gave hit songs like Midnight City, from their latest release Hurry Up, We're Dreaming, new beat and energy. Synthpop that was lively and sophisticated, strengthened in an ambience of modern nostalgia.
Lightening Seeds, James Walsh 18/02/12 The headliners  Ligthtening Seeds, a '90s pop outfit I didn't like back then and certainly now I was bored to see, I won't comment on.
...Except, maybe, for the fact that it was a seated gig, due possibly to the lack of a respectful number of fans.
And that, judging from the average age of their fanbase, you'd think we were celebrating a '70s band.

Be that as it may, a pleasant little surprise came in the form of one-man support band James Walsh, instantly recognisable as the voice of Starsailor. Having crossed paths with the band in the past, being nothing close to a fan, I had come to the conclusion that these characteristically moppy alternative tunes - the usual ones, Four To The Floor, Silence Is Easy, Alcoholic - work rather fine on stage.
I have to comment on that night's gig, if only for the rarity of a lonely support act earning the enthusiastic applause of a typically unruly audience; thanks to Walsh's emotive - if, still, incorrigeably moppy...- delivery which, whether you like it or not (the voice), it has the ability to mean something. "You're all being incredibly respectful. I appreciate the attention", he commented.
And I really appreciate the fact that, on such a quiet, poppy night, you didn't let me get bored witless.
.