December's highlight at the Empire had to be Bryan. Even so, with great delay - partly due to the relative insignificance of these particular live performances - I present you with a couple of handful of moments that stamped 2011 goodbye. 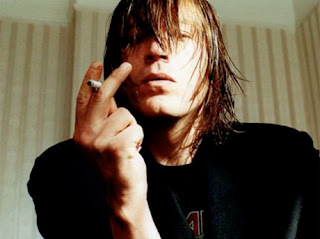 The Lemonheads 12/12/11
I'm unable to grasp the fuss about Evan Dando - sure he's cute, sure it's fun dancing to his version of "too-too-roo-too-too Mrs Robinson", but I still don't get what people (and especially music critics) are going on about. It's A Shame About Ray, the band's fifth album that accompanied our slacker memories of 1992, relived a night of glory among the longtime band's fans. On my part, I've always thought Ray was boring and, seeing ..him live, I still do; and I certainly won't hear of any comparisons between Dando and mega-Malkmus, by way of their mutual slackerness. Dando has a certain music charm (that I will admit goes further than his dimples), but I find songs like Big Gay Heart (which is not included in the album) too soft for my passions - if not predictably indifferent. That night, it wasn't until Into Your Arms (also not in Ray) came up that I euphorically started cavorting. And that's about it... 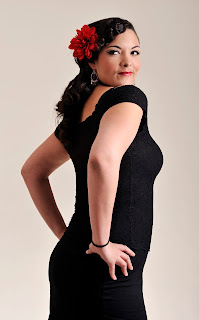 Caro Emerald 13/12/11
Now, this was a band I wasn't particularly eager to see; given that I wasn't as thrilled by their hit debut single Back It Up either, back in 2009 (as the rest of the world was). But Dutch Caro and her hefty backing band did a really pro job delivering the live goods. Playful, crafty, sparkly jazz, with voluptuous red-lipped Emerald in charge, swung the room and reminded us that sophisticated, yet light-hearted song-making can occasionally dominate the charts.
Stereophonics 19, 20 & 21/12/11
I had no idea those Welsh lads had such a devoted fanbase, but the Empire shook with singing stereophiles thrice-in-a-row. If the band failed to seduce me, the trippy Xmas decor sure did - an atmospherically lit set, complete with a deep pink tree that faded in the intense dark-coloured background (I'm not sure what I saw myself, but it was definitely eye candy). Most of the Stereophonics songs I find forgettable and cheesy, though Jones 's husky voice (if used correctly) is a favourable asset. I sang-along Maybe Tomorrow and I kind of had a nice night with Have A Nice Day and Dakota - the way you do when you have to work either way, so it's better if that is playing in the background, along to a jumping crowd than.... let's say, Alexandra Burke.

Speaking of, Miss Burke played live at the Girls Night Out charity concert on the 12th of January; the first gig of 2012, along with The Saturdays and co. And it sucked.
That, my friends, was really not fun. Not even for work...
Posted by DMol at 16.1.12