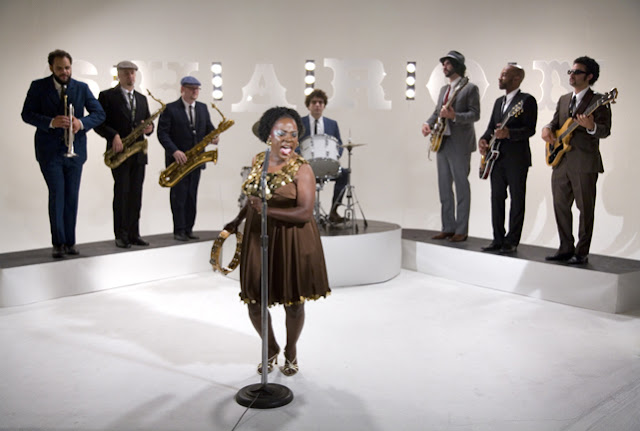 Once again way too busy to sit back and enjoy the breaths of soul inspiration filling the Empire that Friday night, I had to limit myself to the basics. 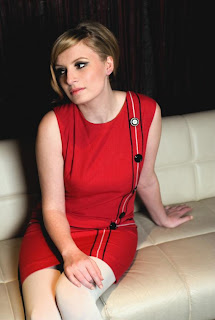 First things first, Corrina Greyson - what a way to open a gig! Not having a clue about who she was, and at the time utterly swamped in gig duty, I had no reason to catch a note... But that voice, and that canny band along with it surely caught my ear before they caught my eye, and I damned every moment I had to miss. Check out their version of Let Me Down Easy on youtube (http://www.youtube.com/watch?v=v5X_DOugEis), to start with; and then join me in a race to catch them again live, since their tour with Sharon Jones & The Dap-Kings ended the next day in Brighton.
Speaking of... I had caught up with Jones and her Kings a few years earlier, on not one of their top days live. At an indoor venue, one hot summer night in Athens, Greece, their celebrated energy was somehow flattened.
But headlining the Empire, and overall boosted by a full, foot-stomping house, the Kings and their queen spilled their soul(s) out. From Amy Winehouse and Gladys Knight to their own 100 Days, 100 Nights, they gave the crowd quite a dance workout. Their latest fourth album I Learned The Hard Way remains high in songwriting quality and soulful vintage sound; and, if Friday's gig is anything to go by, these guys don't show any sings of slowing down.

P.S. So as to match Corrina's youtube reference, check out Sharon's amazing performance at Atlanta's Criminal Records at http://www.youtube.com/watch?v=bm7Nrvl97T8&feature=related.
Posted by DMol at 13.3.12