East London's Neu Gallery (30a Redchurch St.) introduced Greek painter Stefanos Rokos (Facebook) to the UK art crowd for the first time this June, in an exhibition that, all too quick, is coming to an end tonight, 27/6/13.

Reasonably enough, you might ask yourself: In the painted horror, romance and disarray of it all, where does music and the musical, in the end, fit in?

From the Furnace to the Swoon 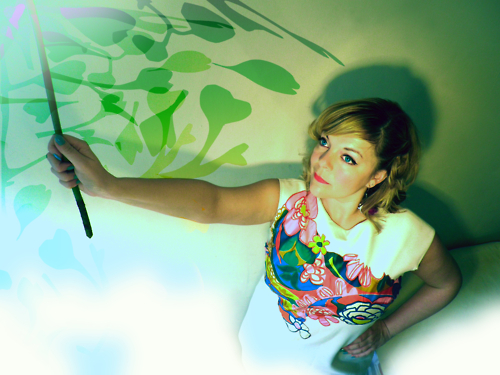 To begin with, the artist has an array of music buddies that, during the exhibition's course the past month, were happy to stop by and play their tunes - some of them live rarities inspired by the surrounding artwork.
In this miniature East London space, imaginatively dotted by strangely familiar, yet disquieting daily scenes signed by Rokos, Fiery Furnaces' Matt Friedberger, Zita Swoon's (and ex-Deus') Stef Kamil Carlens and Alexander's Festival Hall offered to provide the soundtrack.
For the closing party tonight, London-based American singer and musician Piney Gir has planned a suitably stormy and colorful farewell (start at 8 pm). 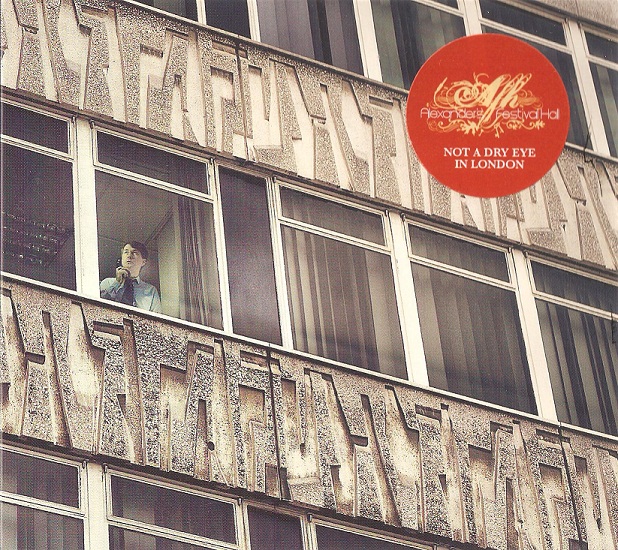 Most of my acquaintances flocked to see Matt Friedberger's free live performance at the exhibition's grand opening (6-6-13). A week later, I heard about a girl that traveled from another country just to see Stef Kamil Carlens in a rare intimate solo show.
I opted, myself, for Alexander's Festival Hall's uplifting music bunch, who took over the tiny space on week 3 (20-6-13) - a more typically Londonesque sonic fix. Wine was passed around by those who thought well in advance, happily fueling part of the crowd that swayed blissfully to the synth beat. The set included Alexander Mayor (the main man's actual name) originals from his brand new release Not A Dry Eye Left In London. From Upturned to I'm Gonna Get Married, the songwriter's charming, poetic ballads were balanced out by his quintet's more animated rhythms, making the atmosphere casually euphoric. A couple of problems with the sound only served to stress out that this is no pompous art show. Here, you are among friends - and, simply put, shit happens.
Here's to Mayor's retro, sweet, blissful melodica!

...And from harmony to Hardcore
Rokos's music history, however, goes much further than Neu Gallery's above-mentioned guest shows. In the past, he was instrumental in luring some highly interesting acts into the Greek capital, where he was born - especially keeping in mind that, in Athens, these are not as easy to come by. As part of the event organising team Kormoranos (the Great Cormorant, in English), he helped put up gigs by The Fiery Furnaces, Zita Swoon, Krista Muir and Bobby Conn, to mention just a few. 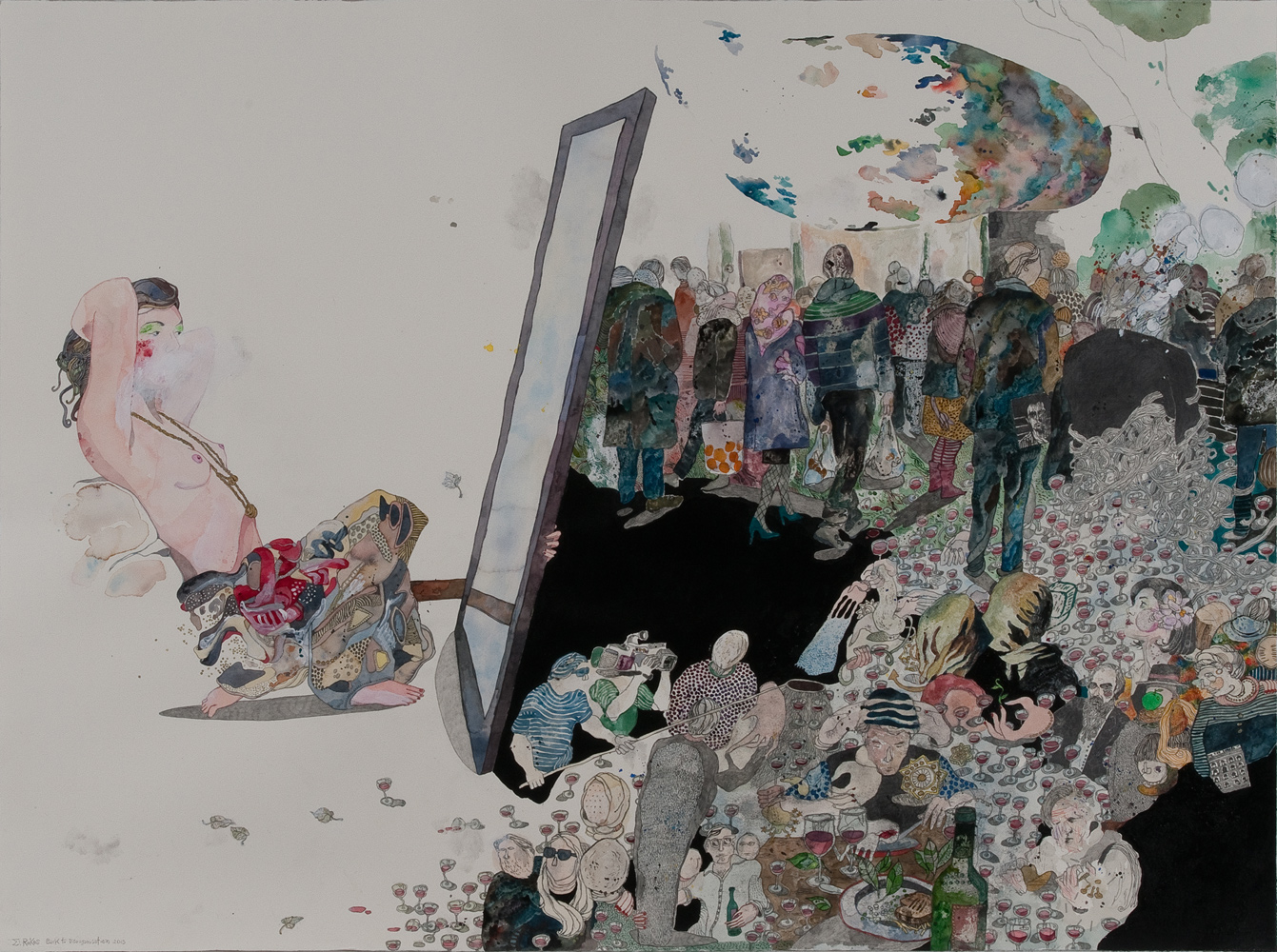 It comes as no surprise, then, that music permeates each and every one of his paintings - more, or less visibly. In More Than 204 Shots, you spot, among dozen others, some of the record covers that have potentially blazed your own path and past - from Tim Buckley's Goodbye and Hello to Pulp's This Is Hardcore, via a handful of Pink Floyd classics. It's what echoed in the background while Rokos was painting, and it's what now unravels before your eyes, decoding some of the artwork's key moments. A closer look on Revert to Disarray: Life After Horror & Romance, a few feet away, also reveals a tiny, angelic portrait of Bat For Lashes confiding in the onlooker one of the artist's latest obsessions.


Horror & Romance on Another Planet 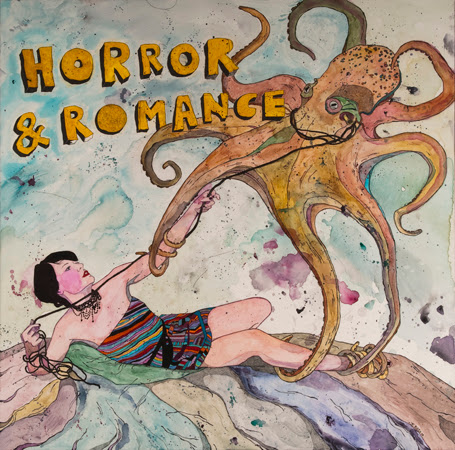 As a bonus, visitors can grab one of the limited 1700 copies of a unique art-meet-music compilation - the sonic equivalent to Rokos's 2008 exhibition Horror & Romance on Another Planet (alternatively, email info@stefanosrokos.gr). The bet involved guest bands using the title's words indirectly or in a full sentence, changing the word order or royally messing it up - resulting in an eclectic 18-song music beast, with contributions by The Fiery Furnaces, Zita Swoon Group, Bobby Conn, Piney Gir and Krista Muir among Greek bands Sigmatropic, The Last Drive and Bokomolech, among others (check the relevant video here).
It opens with Zita Swoon's hypnotic Horror & Romance on Another Planet, Multicoloured & Intriguing -in my opinion, the most charismatic of them all-, an unlikely match for the Furnaces' characteristically idiosyncratic epic Another Romance on Planet Horror and Greek songwriter Manolis Aggelakis' mystic, electrifying Steven’s Dream.

As for the CD artwork that inspires and envelops them all, it is, predictably, a series of romantic, yet weirdly nightmarish clips from the life of the artist that put it all together - and, although you could have hardly put it into painting, or into a CD yourself, for that matter, it somehow revolves around your own memories too. 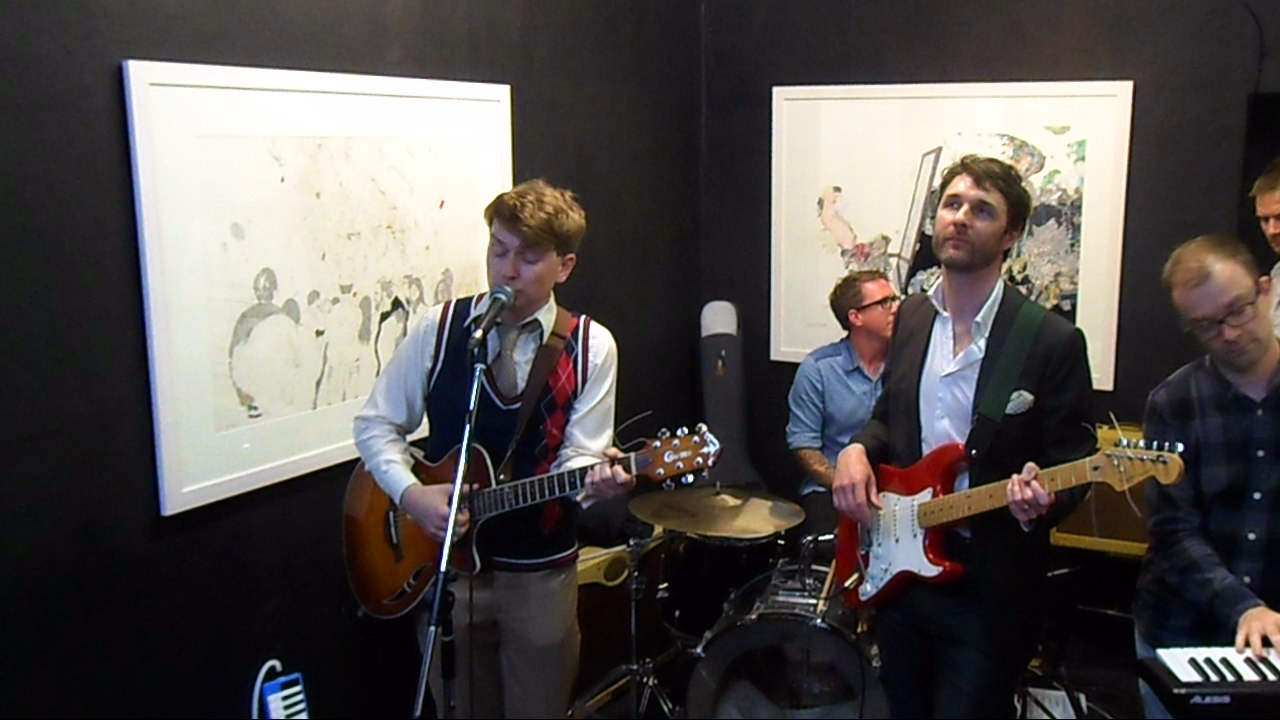 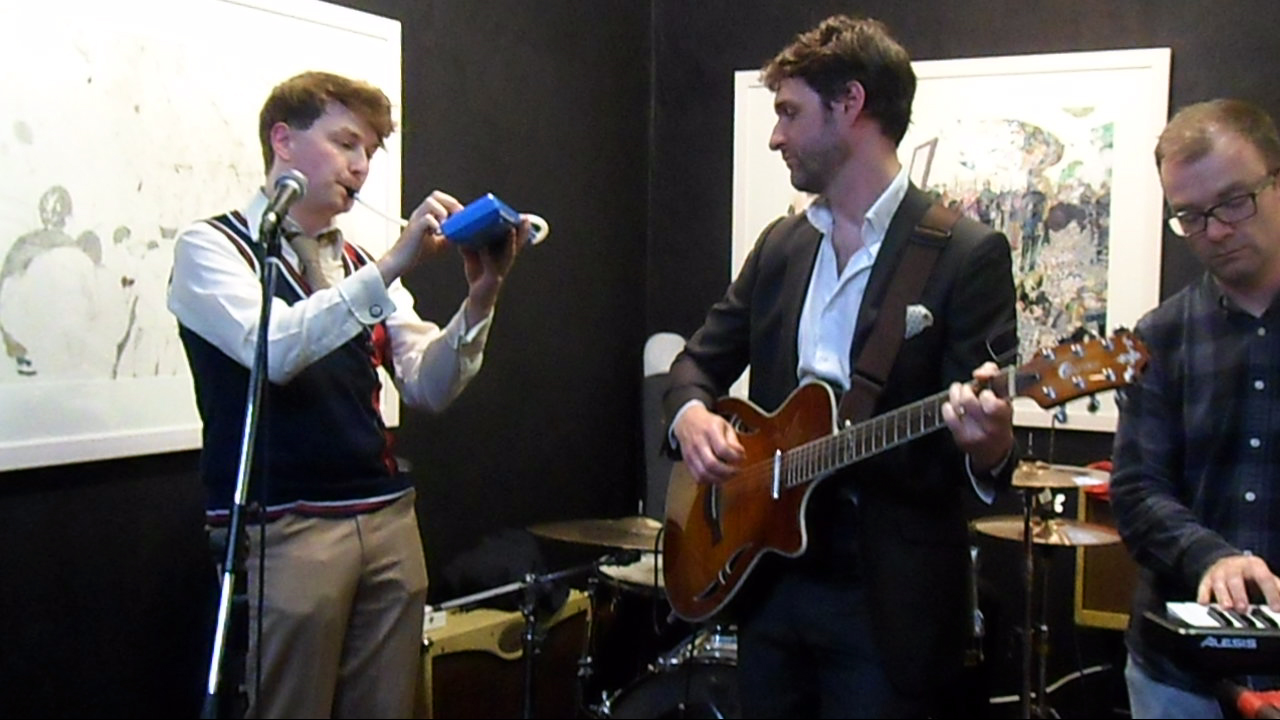 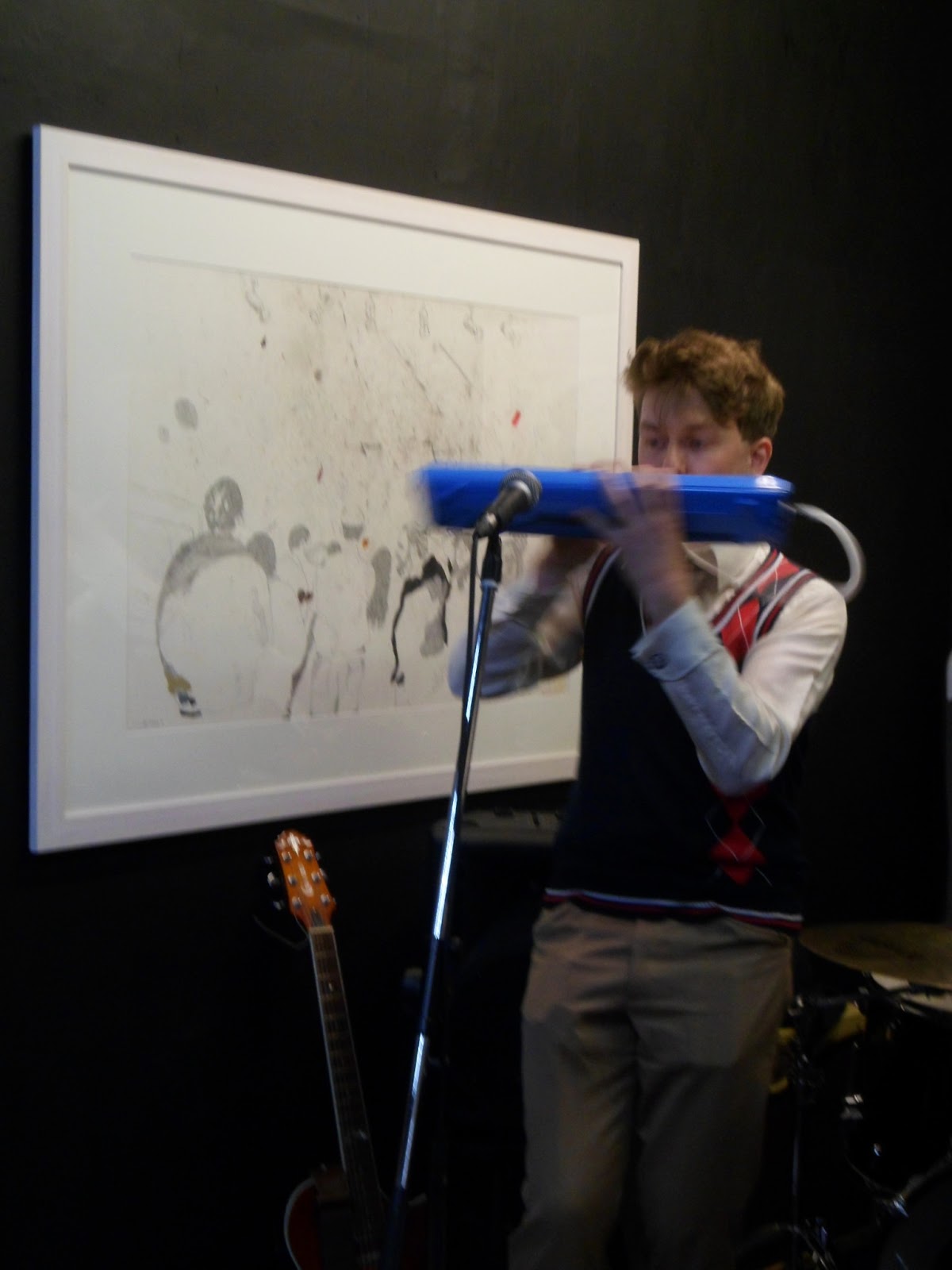 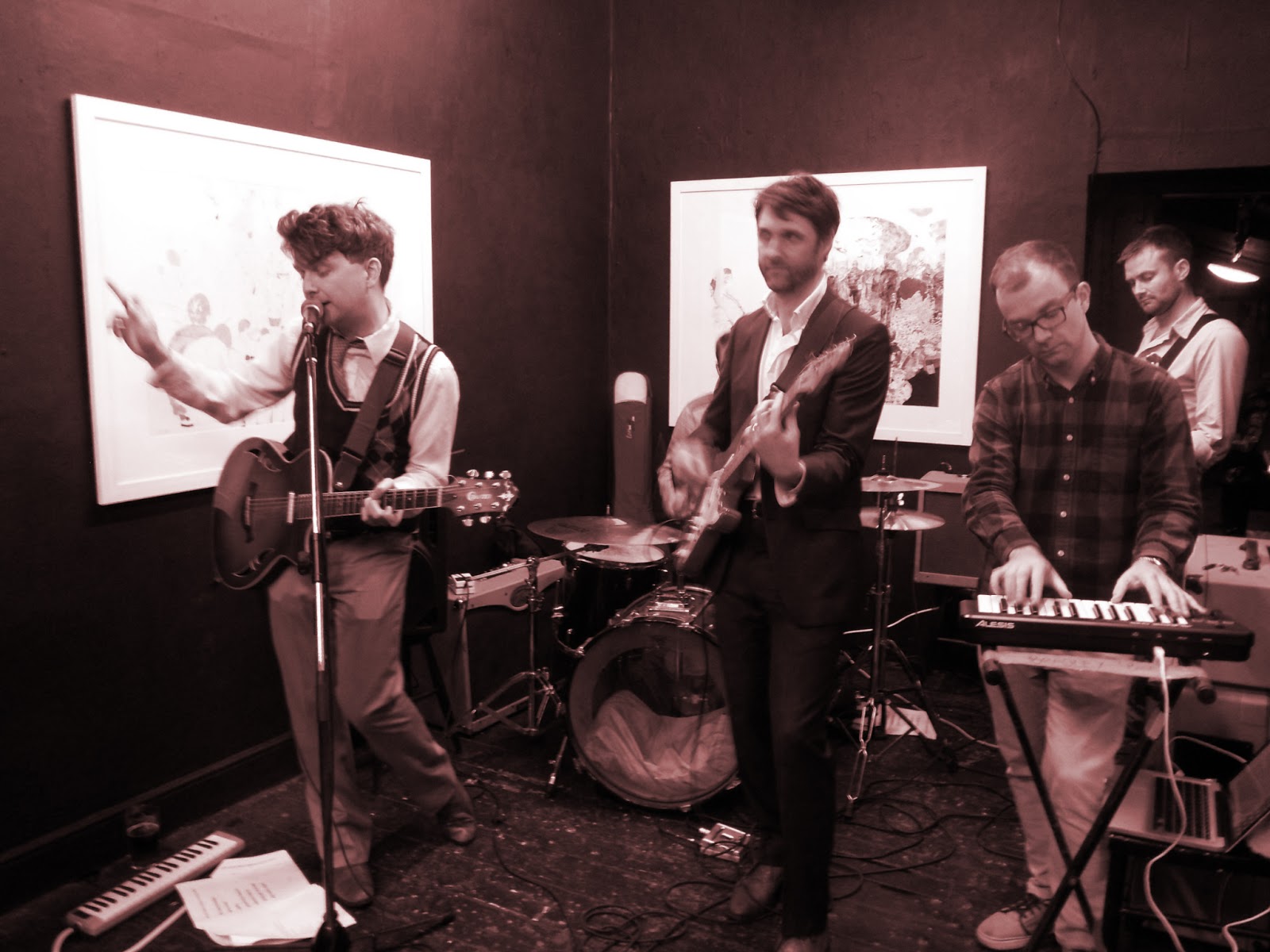 Words, images of Alexander's Festival Hall and mini sonic clip by Danai Molocha. Images of the Revert to Disarray exhibition and Piney Gir courtesy of the artists.