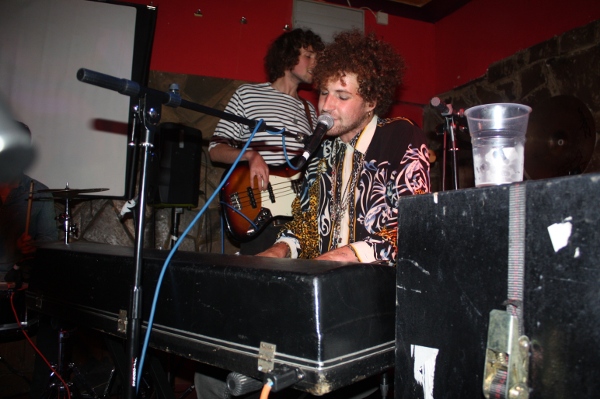 Lottarox London decided to fight September's typical melancholic mood with a music cocktail – the season's first - that mixed abrasive noise, dreamy escape and bouncy beats. The Piatchions dropped out not long before the show, launching their debut album out the window instead of to the public, as promised; but Babeshadow, Sulk, Crushed Beaks and an interesting bunch of djs (Cool for Cats and Vuvuvultures, among others) were there to guarantee good times.
The loudest of the three live bands, Crushed Beaks, were assigned the unorthodox warm-up. Matt and Alex are a noisy pop take on guitar/drum duos, a music form that the last years has gained a lot in popularity, as well as in confidence. Their collection of tunes was rough and melodic in turns, with an obvious weakness for feedback and sudden endings that kept their audience on edge. 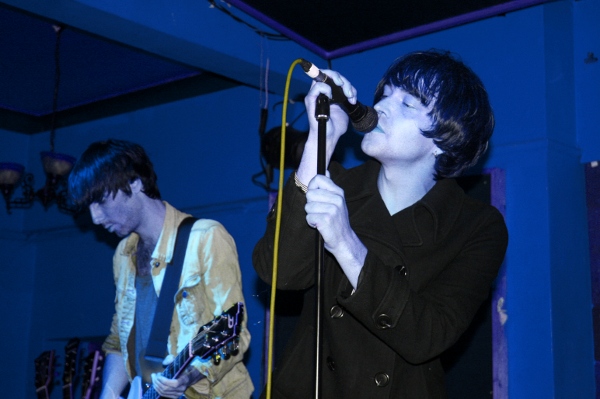 Sulk, on the other hand, opted for the rather dreamy, naughty and nostalgic side of life reminiscent of Madchester's rock psychedelia, both in music and character. Their recently released debut single Wishes was among a handful of songs that stuck out, proving there's material in Sulk's music basket that is both individual and inspired. But while the rest of the band aptly backed it up, frontman Jon Sutcliffe tended to draw our attention from music towards his own vanity – something they could frankly do without. They can go places without the looks; word has it they'll hit the English North and Paris next. 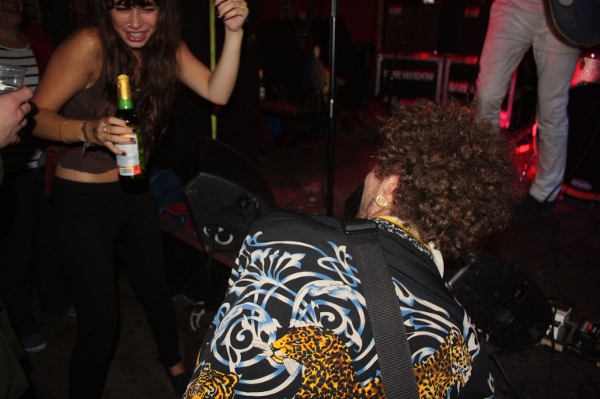 Babeshadow gave the final boost to the increasingly carefree mood of the show. Dressed in pretty flashy retro prints, the two frontmen/vocalists of the band spelled fun from the start – and their sound put it to practice. Their uplifting energy and exotic rock rhythms clicked instantly with the crowd, which was suddenly dancing as if vacationing in a sandy beach bar.
...Back up in the Macbeth stage, a friend of the band wisely decided to join them for a drinking-singing-dancing highlight before the grand finale; which was none other than Babeshadow's new video Days of Old, an adventure that followed the protagonist duo in classic bike scenes a la Easy Rider - only funnier.
Trippy stuff, in two words. 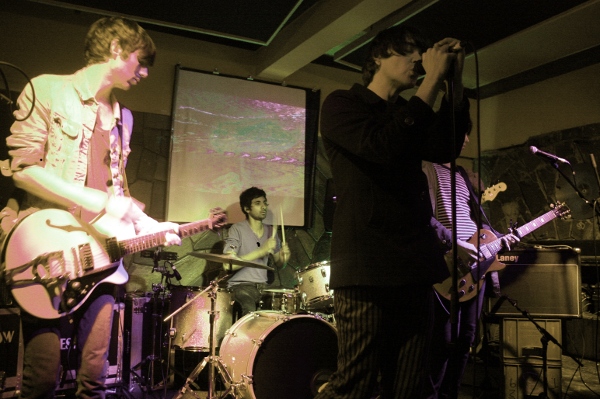