The Fallen Heroes @ The King's Head 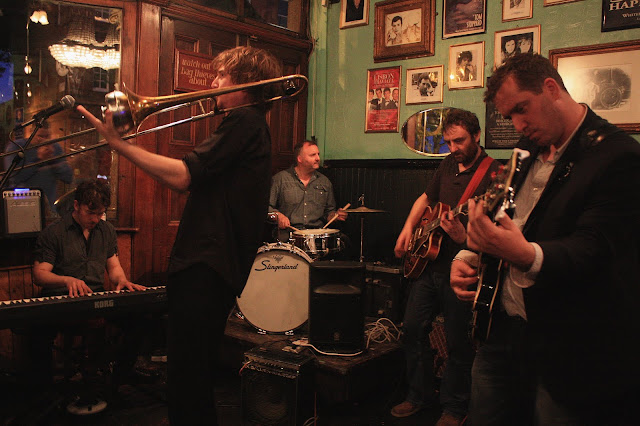 When The Fallen Heroes play they mean business. That's music in motion – from the front man Ben Martyn grabbing the most stylish girl in the audience for a dance, to the drummer Emile Martyn (who started the band) doing the rounds rhythmically and  banging his baguettes on any possible surface. 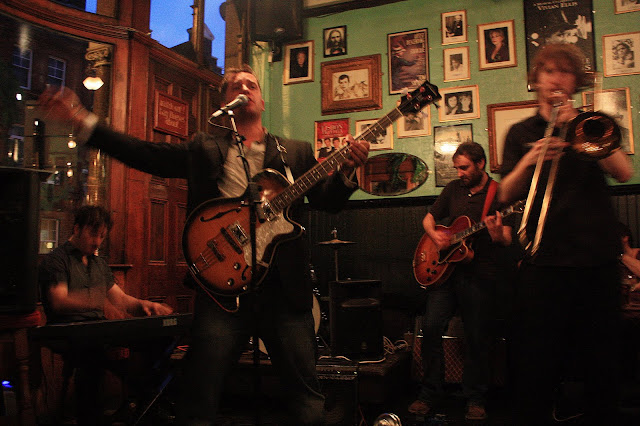 The two brothers brought back their heady Bourbon St spirit when they moved home from New Orleans.  Freshening up their Jazzy-Bluesy-Boogie Woogie Southern sound with new material and giving more of an edge to this modern London band. 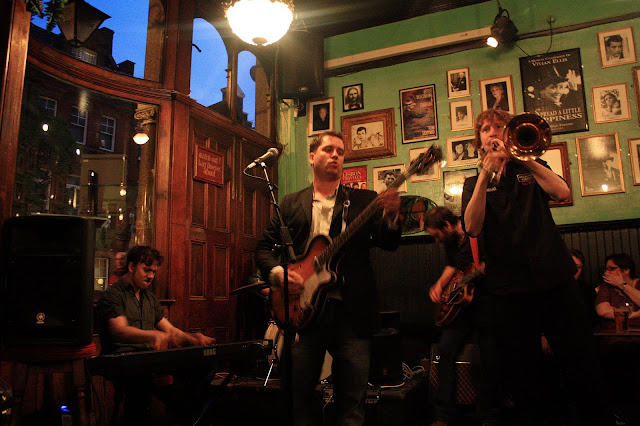 Playing a great lively mix,  they jazzed up the King's Head and Upper Street passers-by.  Some even popped in to join the crazy dancing crowd.
Covers like Jerry Lee Lewis' Whole Lotta Shakin' Goin' On and The Ronettes' Be My Baby were given a stomping facelift, with the horn and the keys adding a rich colour to their hit mix.  It's all rhythm and romance with The Fallen Heroes –, in the end you gotta shake it! 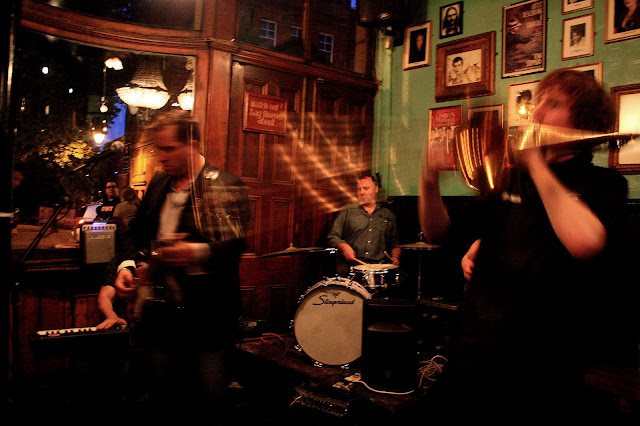