There was a wicked Messenger... 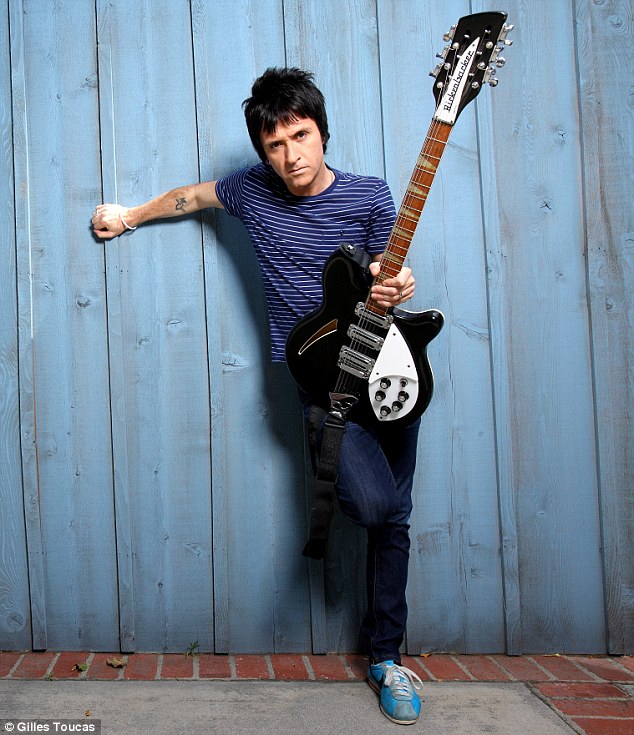 It's not that I would call Marr's first solo album (25 whole years after The Smiths split) wicked as lightly.
The music is good, of course. But I find even better the fact that it reminds me of what simple, but unquestionably beautiful song-writing really means. Something he got us addicted to, first and foremost, with The Smiths, along with that other criminal, Moz (though the latter's lyrics I'd call anything but simple, thankfully). Such astounding substance lingering in their melodies gave pop true purpose and a radical nature that you can only find in rock 'n' roll.
The Messenger reminds me of that at a time when nothing much in rock screams (or whispers) substance. It's not "awesome" or radical per se, but it lets Marr's trademark qualities shine through in so many ways; apart of course from the most obvious quality of all - his guitar, one of the best that have ever graced the tempestuous kingdom of pop-rock.
After this appropriate (or not at all) introduction, it was time for me to listen to The Messenger live. That and, oh, a couple of what's-their-name hits The Smiths released in the '80s. The crowd's reaction to those (Stop Me If You've Heard This One Before, How Soon Is Now, Big Mouth Strikes Again, There Is A Light That Never Goes Out) was predictably euphoric. Electronic's Getting Away With it also got some enthusiasm. But I was disappointed (albeit not surprised) that he reception to Marr's new record was bordering indifference.
I was personally thrilled to listen to The Smiths songs live - I danced and levitated and did my whole "I'm a sucker for The Smiths" routine; but there wasn't a moment in between those songs that I wasn't happily carried away by the melody. The Messenger's Lockdown was utterly exciting; New Town Velocity and European Me were really touching; and the guitar on the album's title track was high and mighty (is it my idea or that song is reminiscent of some well-known Madchester hymns?). 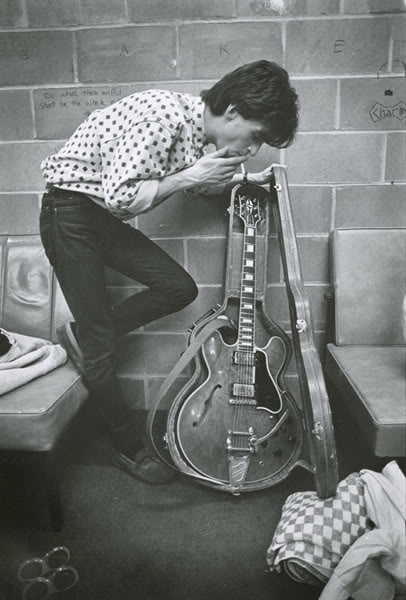 Thanks to the above, I apparently forgave his reported "shortcomings": A less than a wonder of a voice and a less than glorious repertoire (that pretty much sums up what I've read). So what? I was way too absorbed by the music to be ticking the losses.
He may have remained a side-man all the while Morrissey was reaching his solo peak (the elephant in the room), but I find admirable he got tirelessly involved in respected groups (Modest Mouse, The Cribs - c'mon! It's not like it was Fall Out Boy..). Other musicians got bored of their own jobs - or didn't even dare do them once they hit and missed the spotlight. Marr not only braved Morrissey's fame with unexpected (but to the point) collaborations, but he kept on singing The Smiths grudge-free. You might be tempted to call him an underachiever, in comparison to his old day job. I call him classy. It's about time someone did interesting things without manifesting a spotlight complex. It's great to see him undeterred. He's not loud or provocative - but he stuns me with his ability to deliver without making noise.
Of course, there's Generate! Generate! and Upstarts in the Messenger, two songs I find almost annoying - on record or (less so) on stage... And I'm happy to declare it, in case by now I was coming across as plain starstruck.
I crossed paths with him backstage you know - and nope, no star striking there. But I am, in spite of his modesty and his modest post-Smith moves, simply and beautifully impressed.

Text by Danai Molocha - thank you to whoever took those fine pictures..
Posted by DMol at 26.3.13