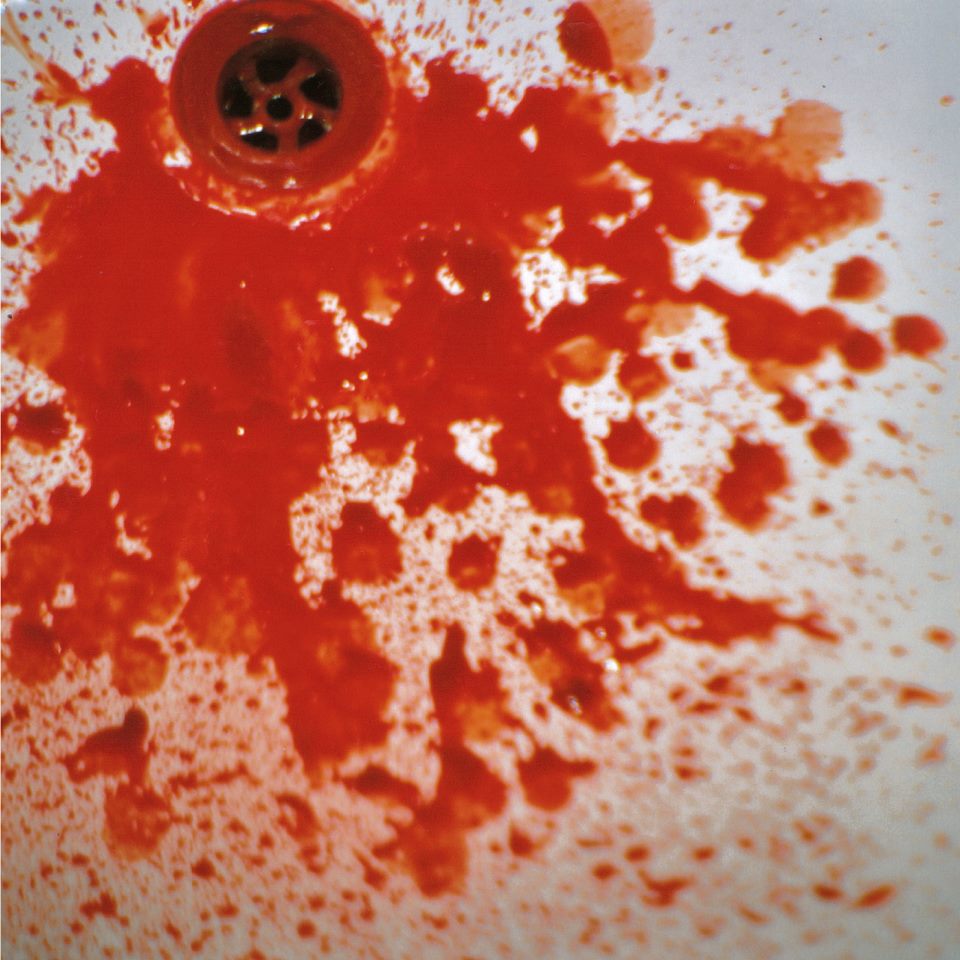 Six bands, split between the Electric Ballroom (Beak, Savages) and the O2 Shepherd's Bush Empire (The Cribs, ...And You Will Know Us By the Trail of the Dead, Deap Vally, Drenge), lined up to play two of this year's NME Awards Shows. And here are the results - in order of preference:

Drenge The award for my favourite band in this two-day gig marathon of mine goes to brothers Loveless, a guitar-drum duo you'll probably find hanging around somewhere in Sheffield; unless otherwise hung up, touring the UK with Deap Vally. Rockier than the Black Keys, dirtier than the White Stripes, an all-around raw and decadent outfit eager to please those that like their noisy beats without the taming decorative paraphernalia. Go see them live - they deliver (https://soundcloud.com/drenge). 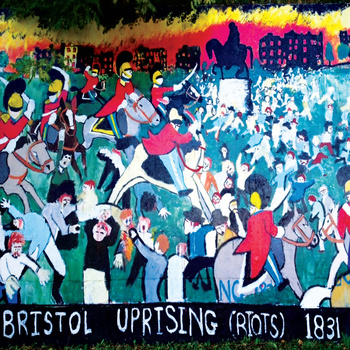 Beak When Portishead's Geoff Barrow met Fuzz Against Junk's Billy Fuller (listen to the gorgeous Trane to Neptune here https://www.youtube.com/watch?v=A82pq3m-Cgk) and Team Brick's Matt Williams they made this intriguingly moody experimental-electro-krautrock trio, that lays low (supporting Savages?!) but delivers high intensity combinations. Only downside, the vocals tend to forget themselves into a flat sleepiness, throwing the balance off towards the repetitive rather than the addictive side. Their new single Mono/Kenn - out in a groovy light blue cassette tape you can't resist - delivers full vocal awesomeness, however, and the repetitively addictive instrumental parts remain steadily top-notch (http://beak.bandcamp.com/).

Savages I knew this band were the new it-thing before the show (and I knew why, they were great last time I saw them supporting Crime & The City Solution), but to get into the Ballroom and see an experimental dance ensemble moving annoyingly slow in the main room seemed downright pretentious. Maybe I'm missing the thought-provoking art-fart here, but it spoiled my mood - even more so when the band took its' time to come out (when the lights went off there was this music supposedly building up the atmosphere, like, forever).... 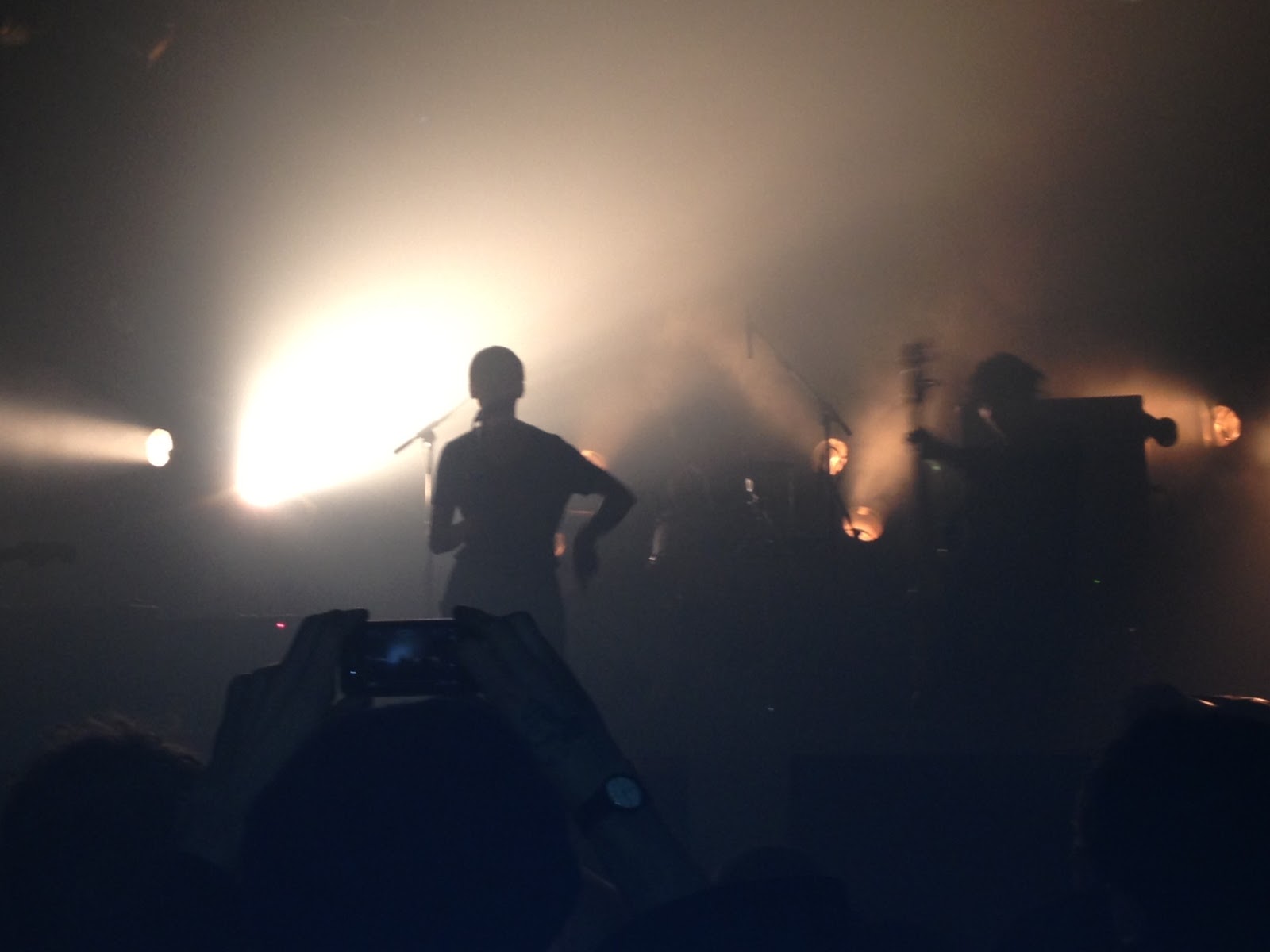 When they did eventually come out, this all-girl quartet were tight and dynamic: Singer Jehnny Beth, with her usual a la Ian Curtis stage dances and her slightly sobering Siouxsie Sioux voice (the resemblance is sometimes uncanny - I'd like to see a more original voice fit to a current band); introvert guitarist Gemma Thompson (unreadable a presence, expressive and loud in her guitar); vigorous bassist Ayse Hassan and crazy pony-tail drummer Fay Milton. Flying to Berlin, Husbands, I Am Here, Shut Up, City's Full, Hit Me, Fuckers (those last two are separate songs, by the way!) energized the crowd, who danced in the pit more and more as the show advanced. But I was still mad.. 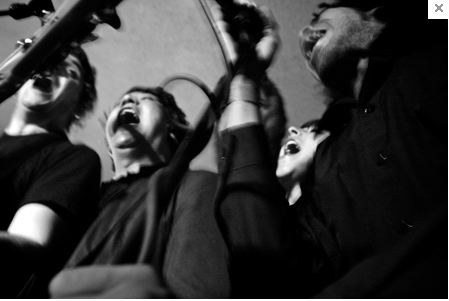 ...And You Will Know Us By The Trail of the Dead I never seem to like this band on a CD (nor vinyl, nor MP3); they sound too loud (sonic rebels without a cause), somewhat incoherent in their music messages, irritating. But live they're a different thing. Busy as I was with a continuous wave of distractions, they sounded pretty interesting in the background, at times dare I say fascinating, stage presence included. I tried again their latest release Lost Songs, in case I had misjudged them but, nope, they still sounded annoying (the guitar hook in Up To Infinity, though, is not half bad..). If you happen to bump into them live, give them a try.. (https://andyouwillknowusbythetrailofdead.bandpage.com/).

Deap Vally I had crossed paths with this Californian guitar/drums girl-duo before and I liked their style, mainly cause it's steadfast in character: '70s psychedelic rock with blues influences and an indie twist, a bit too hooked up in the above decade's grandiose sound (mainly vocals). They definitely have a strong stage presence, so if that sounds like your cup of rock you won't be disappointed (http://deapvally.com/). 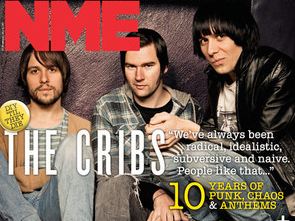 The Cribs My sincere apologies to a band I was looking forward to seeing, thanks to their decade of history - and who hasn't danced Come On, Be a No-One and I'm a Realist in the clubs (I know I have)? Only I'm mostly allergic to bands that add poppy hooks and lo-fi sensitivity to my trusted punk rock - make it pop, make it lo-fi, but leave punk rock out of it. The crowd jumped in tune from side to side - I'm sure they had no complaints of course... In this Cribs-oriented NME cover they said, and I quote, "we've always been radical, idealistic, subversive and naive". First three things I applaud - maybe cut down on that naivete a bit?...(http://www.thecribs.com/official/)

Text and Deap Vally pic (from 1-2-3-4 Shoreditch Festival) by Danai Molocha, Savages pic by Vangelis Markatselis, rest of pics courtesy of the web.