"There were a lot of women in white dresses, floating on water..." 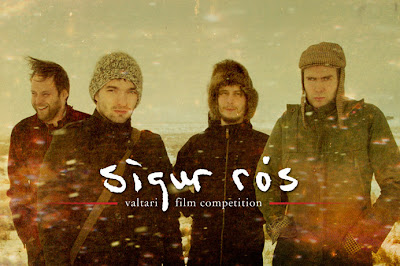 Unsurprisingly unwilling to talk about / promote their sixth album Valtari, the Icelandish (a mix of Icelandic and outlandish) post rockers had another of their creative-smart-ass ideas: Why not invite a dozen directors - some of which they had worked with before, and some they would have liked to-, hand them all 10,000 quid, dollars or smg (either way, in film-maker lingo that's called "modest") and free creative reign, and see what they come up with. Enter the Valtari Mystery Film Experiment.
The influx of videos was overwhelming (it reached the thousand), while established directors unexpectedly offered their hand once the word got around.
The results were presented in a magically flow-y, dreamy and hypnotic (surprise!) cinematic ritual in Southbank, courtesy of the 56th BFI Film Festival; which was followed by a Q & A with the band's manager John Best and film-makers Alma Har'el, Melika Bass, Clare Langan and Nick Abrahams. Film 4's David Cox was named host.
Those of you who have listened to Valtari you know already that the band has given birth to a magnificent album, once again (that break and those solo projects were totally worth it). And the film-makers proudly rose up to the occasion: I loved Anafelle Lui's winning entry (based on Fjögur Píanó); Langan's work was stunning (she has, after all, been tested by the band before in I Gaer - the film she created for ICA, and she presented on 12 screens in a 360 degree pod in Trafalgar Square); John Cameron Mitchell's characteristic wit was translated to illustration; Ramin Bahrani's breathing (or dying?) fish was peculiarly captivating, while Ragnar's Kjartansson's didactic and super funny piece on how to successfully perform the Heimlich maneuver and save people from choking was spectacularly unexpected. Some took refuge in mesmerizing landscapes, dancing, drama, minimalism - some bordered on boredom...
According to Best, they had to witness countless "women in white dresses, floating on water" - and, naturally, slow motion. "Everybody shoots in slow motion when they shoot Sigur Ros". Wise words... Sometimes it worked, sometimes it didn't. Luckily, there's always people that see the strength, the humor, the irony of it all. Take a look at what we saw at http://www.sigur-ros.co.uk/valtari/videos/ and decide for yourself.
If anything, the project gave me a good think on how I'd direct Sigur Ros myself. Could I - would I?- really avoid slow motion?
In any case, what matters here is that Valtari's evocative, faraway beauty doesn't really need much accompaniment at all. But a 1,000 videos won't hurt either... 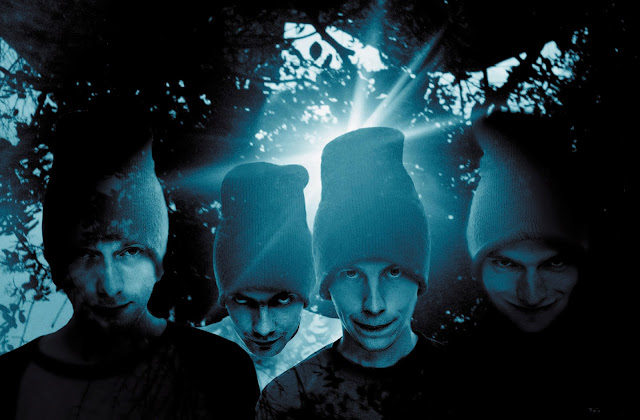