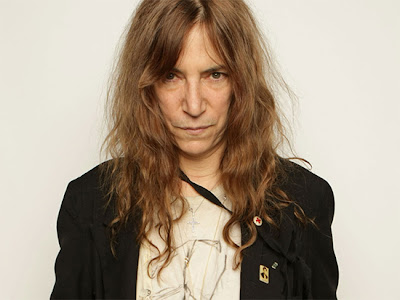 I have seen Patti and her band on stage several times now. And I have to say, ever since her recent covers record, 2007's Twelve, she's been attracting paradoxically (since we're talking about songs often even older than her own) younger crowds. This year's Banga rejuvenated her audience once more.
It's a record highly eco-conscious, above all, with a salute sent upwards to the late Amy Winehouse, among others. Naturally, Smith has a way to turn even the eco-friendlier of tunes into sexy and dynamic rants (or whispers, but their power remains still).
Given all the above, there was a good base to build one more amazing performance on. Despite the great absence of guitarist Tom Verlaine, Smith knows how to be in good company - whether that includes, on occasion, My Bloody Valentine's Kevin Shields, or the incomparable Lenny Kaye, her solid companion through the years. 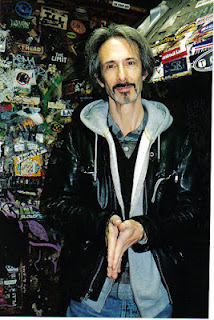 Her current tight-knit ensemble chose wisely between the new record (Banga, Constantine's Dream, This Is The Girl etc.) and old familiar hits: Gloria and Because the Night are ever present, along with Rock'n'Roll Nigger, Free Money, Dancing Barefoot, and a powered r'n'r medley by master Kaye. It's high time we paid tribute to the man that not only has he been a vital force to Smith's life and sound, but to our collective sound-obsessed minds - and to rock history in its whole. Lenny, you're the dude!
I have never seen both him and Smith be anything but completely generous with their audience. To a point that I would've taken her (especially) more anti-social, defiant self any time. She's turned more and more hippy with age, despite preserving her signature punk queen spit (I wonder if it always comes as natural, or it's a necessary thread to her outcast persona). But she's ever as captivating. Real to her art. No matter who you are or where you come from, your level of Smith dedication for that matter, you can see through that.
I could name any little or big, hidden or obvious flaw. The truth remains: For a couple of generations now, it hardly gets as beautiful, intoxicating, mind-boggling as with Patti Smith. 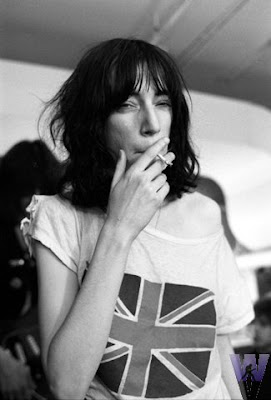 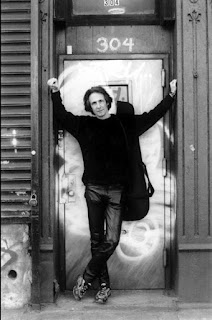