From Jupiter to Tallulah 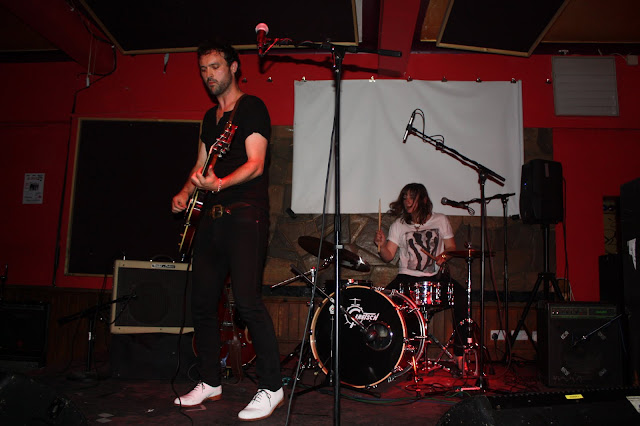 It's FryMyLittleBrains debut night at the Macbeth and the smell in the air is rock 'n' roll. At least until the minute The Heebie Jeebies pull out of the bill (one of their members broke his hand); and the darn rain never seems to stop, bringing everything down a gear. 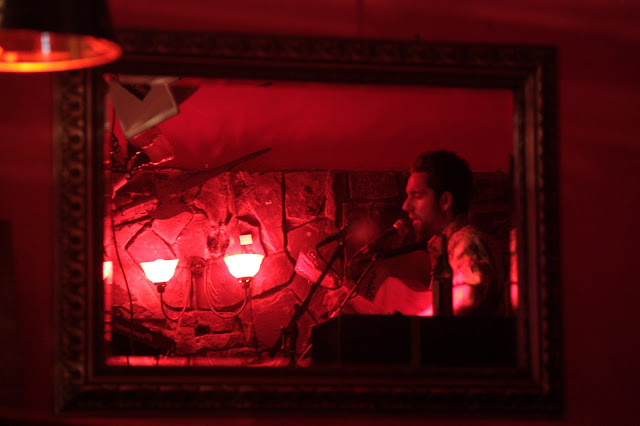 In that lazy, family atmosphere of guys shooting pool and the first drinkers of the night having a couple of beers at the bar, Chris Aliano (of Stages of Dan) hits the stage with his guitar. His choice of stripped-down folk songs could have been a comforting voice under the melancholy rain, but he has a hard time drawing attendants from their respective evening sports. Luckily, his sense of humour is enough to weather through and he manages to warm up the atmosphere with an emotive cover of Cry Me A River, or the original Sense a Change. 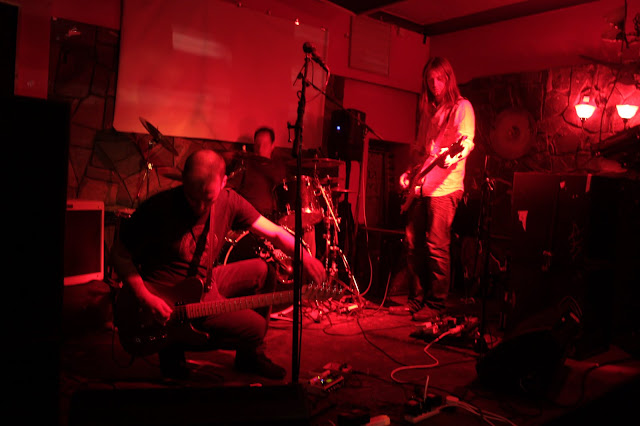 Things pick up in rhythm the moment Planet Brain take over. The minimal guitar-bass-drums trio from Italy make for an intriguing listen thanks to a basketful of contrasting sounds: There's a heavy dose of Jeff Buckley in Marcello Batalli's voice, while both the vocals and the sonic ambition scream Muse; there are a few idiosyncratic hardcore outbursts that evoke Texas's At The Drive In; and some post rock contemplation also creeps in. Luckily, original tunes like Jupiter Completes Its' Orbit never stick to one sonic recipe, eventually defying references and holding their own in the rock space. 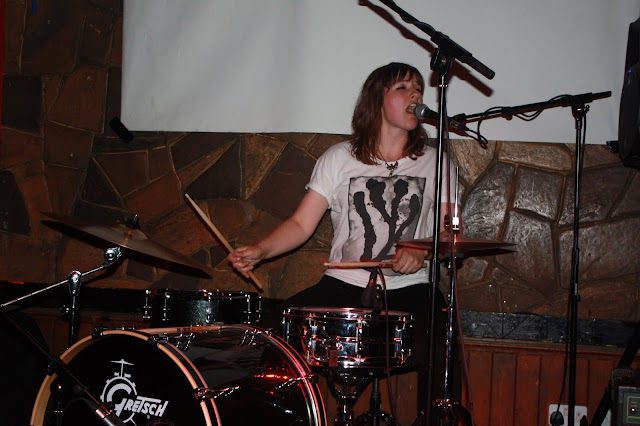 Final call is for Cowbell, the London duo of vocalist/guitarist Jack Sandham and the barefoot (well, at least for tonight!) drummer Wednesday Lyle. Less blues and more garage, they draw the inevitable comparisons to the White Stripes, or Jon Spencer, where their frontman is concerned. But they give out a friendlier guys-next-door feel, which is exactly what the night needs. High-energy tunes like Never Satisfied and Oh Girl ooze sexy electricity and Tallulah – whether it's the city in the American South or a girl - heat up the air. It's our party and we'll dance if we want to – and Sandham, too, comes down to join us for a while. There's great satisfaction in the careless abandon and conviction on the dancefloor. Rain or no rain, crowd or no crowd, you gotta work with what you got.
The party must go on! 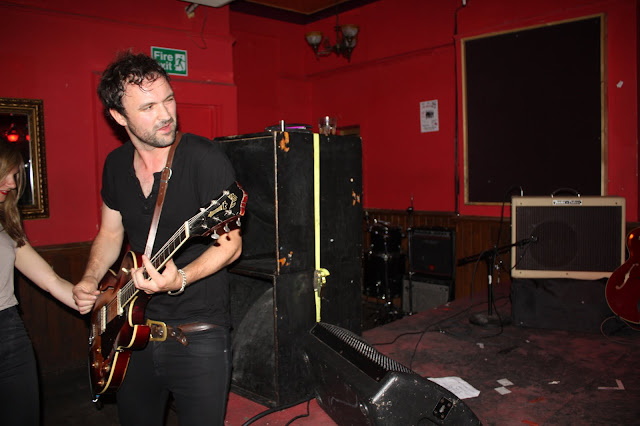