The Kills @ The Roundhouse

No, you ain't born typical 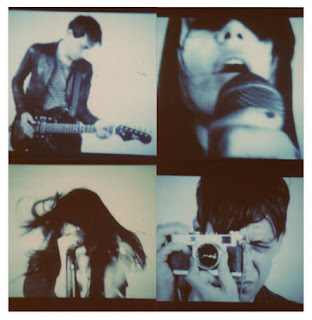 I like The Kills. I've been watching them since moment one.
That's why it stroke me as a bit sad that thanks (but no thanks) to Jamie Hince's affair with some unknown model that goes by the name of Kate Moss, the band's raw sexual energy turned overnight into a trend. Along with women's magazines trying to fit Alison Mosshart into any other rock chick's shoes.
Luckily, for the true fans, she doesn't seem to give a f*** all that much (we certainly hope she doesn't). She keeps on hiding behind black layers of clothes and black layers of hair, flying from side to side with brutal energy.
More on the rock steady side on stage, Hince somehow manages to send out the same amounts of heat and sweat.
This year's Blood Pressures - their fourth album - was the gig's focus. And it's good but, frankly, it fails to raise the same passions, the same viciousness, the same dirt to its audience, no matter the band's efforts for a thunderous live rendition. Inevitably, older hits like U.R.A. Fever (from 2008's Midnight Boom) won the award of the night's biggest crowd pleasers. You could tell, unfortunately, by the screaming beauties giving it a go right behind us. High in volume - but with a quality that said "liking The Kills makes me Kate Moss" (sorry, girls).
So be it. As long as they keep their eyes on the two of them and the two of them only, this duo rocks. 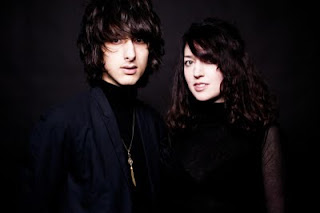 ...And, to turn the spotlight on another duo, which came on first, Cat's Eyes - Mr. Faris Bodwan of The Horrors and soprano/multi-intrumentalist Rachel Zaffira brought a beautiful record (of the same name) artfully up on stage. My only objection comes for that unbelievably snobby (or plainly indifferent? which is equally bad) live presence that undermines anything Horror-esque. This project's musical credits do give Bodwan and co the excuse to play it serious. The duo's melodic outreach - with Zaffira's Siren voice and keyboard harmonies - and relative calmness do stand for themselves. But to see their guitarist (of unknown origin for the time being) chewing gum and looking around like he's waiting in line at the supermarket basically pisses me off. And it spoils the fun...
Posted by DMol at 3.6.11