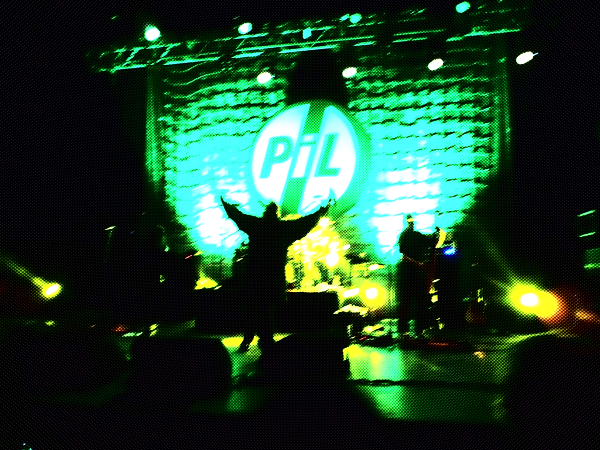 There's very few kinds of music I don't like. I have managed (cause I have genuinely opened my ears) to uncover masterpieces in everything from Elizabethan dances to musique concrete. But I've always had my issues with the dub dialect.
Along came PiL...
Cheekily spraying dub with the dark shades of post punk and the audacious rhetoric, sociological observations and stage antics of Johnny Lydon, Public Image Ltd twisted and twirled dub enough to make it attractive to my dismissive eyes. I instantly fell for the very first beats of 1983's This Is Not A Love Song and its predecessor Flowers of Romance, gradually working my way backwards from there to the genius Metal Box and First Issue.
Lydon's weirdo This Is Not A Love Song live in Tokyo (http://www.youtube.com/watch?v=Gkgp6Vv8zXU) permanently inked my young mind, the way David Byrne (and Talking Heads') nutty Once In A Lifetime (http://www.youtube.com/watch?v=Kw54-rCIrPs&feature=fvst) had left their imprint before him...
With the brand new This Is PiL (Lydon's artwork and design throughout) securing some promising new material, I was prepared for something decent, to say the least.
They did better. 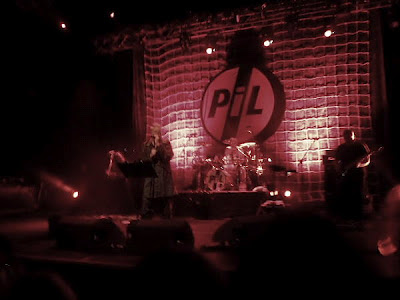 Opening fiercely with a marathon This Is Not A Love Song, they instantly stroke a chord and kept me dancing throughout. A mad core of fans swirled around me in the pit - and let me tell ya, it was an altogether jolly crowd, strewn with both old and new fans (and I do appreciate youths who embrace music history). All-time classic single Rise arose the same sing-a-long passion (although too... accessible for my taste); but the new material (One Drop, Deeper Water etc.) also received a warm welcome.
Lydon has conceived his own kind of stage puppetry, doubling as a puppet and a puppeteer with his cooky (somewhat anti-vogueing) moves and poses. 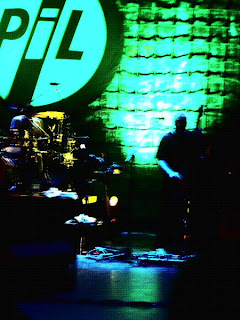 But there was something even stronger at times than the main man's prominent figure: Scott Firth's bass - which has never sounded on recording as truly sensational as it is on stage. The mighty instrument, which in the first PiL albums passed via the masterful hands of Jah Wobble, was impeccably manipulated by his latest successor giving pulse, goose-bumps, fever to the haunted listeners. Alternating bass guitar and upright bass Firth made the existence of electric guitar and drums almost obsolete, which is a lot to say for a notoriously unadventurous backing instrument (not there aren't other shining exceptions). PiL's bass is half the band - and it's orgasmic. How can you beat Death Disco?
An honorable mention goes to Lydon's attack of security people... Not so much for the numerous downright insolent "fuck you"'s, which rather evoked a pompous faux rebellion (rebellious as was his ad of English butter), but mostly for the spirited "don't harass the clientele" - the clientele who was crowd-surfing. Go Johnny!
We had found out the support act had cancelled the moment we arrived, but PiL ensured they made it up to us with a long, filling gig (plus an encore). If, in year 2012, they can't be a 100% what they used to (Lydon's deliciously wacky vocals, for one, have broken and shifted), their performance and music sure as hell are close. 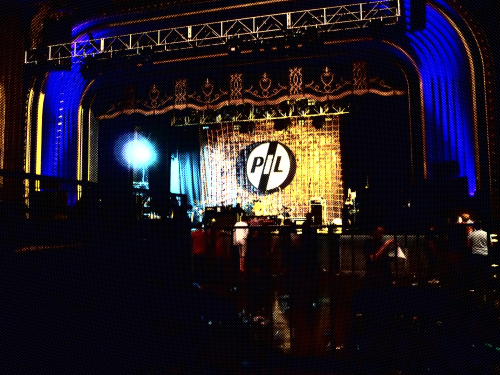 Review and photography by Danai Molocha
Posted by DMol at 15.8.12