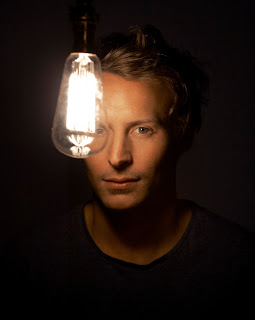 Ben Howard 24/02/12 In his second packed, sold out gig at the Empire, Mr Howard reigned with his successful debut Every Kingdom; a group of songs that annoy me with their radio-friendly catchiness - as did the people that massively sang along "ooh-ooh-ooh-ooh, ooh-ooh", the instantly recognisable intro to The Wolves. However, Howie, I can't deny that as a songwriter you have an authenticity that defies current success-obsessed trends.
Accompanied by a fine pair of musicians (especially that lady on the left, that alternated cello, percussion and, if I remember correctly, also the bass), Howard sonically sucked his audience in and gave my working night a not-bad-really melodic backdrop (mainly when he wasn't playing "the hits"). I'm surely still not a fan - but Keep Your Head Up, Ben. A lot of other people deservingly are.
St. Vincent 27/02/12 Her past with The Polyphonic Spree kind of appauls me, her stint with Sufjan Stevens I find quite interesting, though.
As a songwriter in her own right, I gave Annie Erin Clark, aka St. Vincent, a chance through her debut Marry Me (2007) - and I found it too soft, in a cultured kind of way.
My attention, peculiarly, turned back to her when in total ignorance I heard The Year of the Tiger (from her recent third album Strange Mercy) on American radio and I was instantly drawn. I can finally say I like one of her songs, since the pile of acclaimed contemporary (in particular) musicians who I persist on not getting into is going, worryingly, up and up (and up, see above). 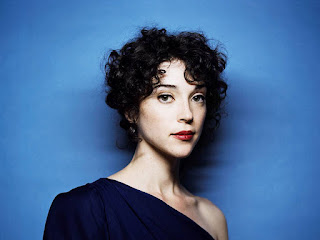 Seeing her on stage (back at the Empire, four years after her previous performance with The National), I have to admit I didn't like any more than that one song which, by the way, she performed beautifully. Nevertheless, I got to appreciate her idiosyncratic... spree and, close to the end, she and her band even turned into some kind of hellraisers (for their standards); I can't turn my back on that guitar. A breakout which ended with Clark breathing heavily on the mike - a fine moment that helps me forget those other moments, like Save Me From What I Want, which have the exact same "cultured" softness that kills me softly (and not in a good way).
If you're a St. Vincent fan, yes, you would've loved being there. Just don't expect this writer to say anything that wild.