Back at the Empire - Snippets from the O2 Shepherd's Bush

The bold and the beautiful


Two bands that have absolutely nothing in common, apart from the fact, of course, that they played the Empire. And that, together, they inspired a great reference to a soap legend - hence the title. Crass or what?... 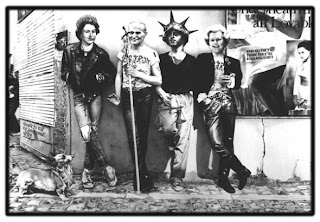 Crass Steve Ignorant performed a tribute to the anarcho-punk songs that caused a stir 34 years ago, appropriately naming it The Last Supper. A last goodbye to a musical life that he and Penny Rimbaud tirelessly fed with beliefs, ideas and a helluva lot of activism, showing a truck-full of bands - and a lot of us kids - the way.
Penny joined him on stage for a rather unusual cover of Do They Owe Us a Living? (which also rebelliously opened the gig) - and it even got a little emotional.
Eve Libertine rocked then and will always rock as female punk-attack; a comment I rarely ever make, as I often find that women in rock try too hard to show their balls and desperately mask the fact that they actually don't have any (maybe if they stopped trying...). As a stage presence, though, Eve was ever slightly awkward.
I could talk forever about Crass - but just because their importance could never fit in a stupid review, I'll just have to stop._ 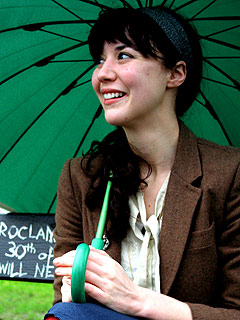 Lisa Hannigan The Irish cutsie won over a seated Empire with picks from her two acclaimed albums. The quirky jerks of her hair and her rather dorky Irish dances spiced up her stage performance, physically contradicting an unexpectedly graceful repertoire.
An apt band accompanied her in the violin, the guitar, the percussion - plus a double bass that made us gloriously aware of its heartbeat. Lisa herself seemed, on the other hand, very talented in making a new instrument magically appear from every direction.
Occasionally vocally reminiscent of Joanna Newsom (though far more... earthy a vocal species than the latter), with a touch of Laura Veirs folk sophistication, Hannigan wasn't as enchantingly quirky as the two above, but she was definitely alright.
Too tame, in comparison, and romantic for my taste, she nevertheless made clear that - after her years spent accompanying Damien Rice - she has become a beautiful addition to the pool of new folk princesses.
Posted by DMol at 1.12.11