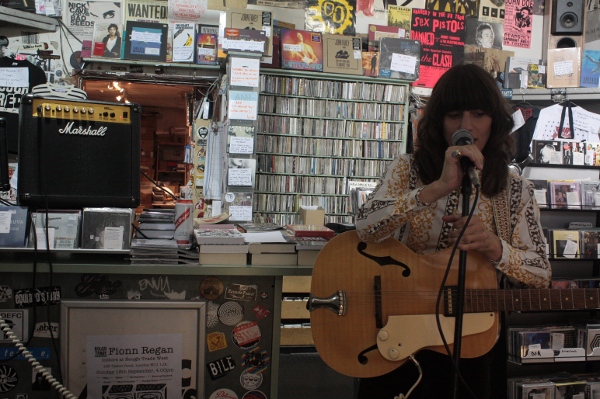 There was a time when Eleanor Friedberger didn't look that dear to me - like when I interviewed her, prior to a Fiery Furnaces Athens gig, a couple of years ago. It was a phone interview and it definitely couldn't say a lot (though, so many times, it really does); she was being either close to snobbish or rather shy, but she chose to deal with it with a sheer veil of kind-of-arrogant distance.

And then, there was that brother of hers, Matthew, who typically takes the role of the unapproachable, shy one onstage, but he was actually the warm, casual bloke who fired all the jokes in "real life". 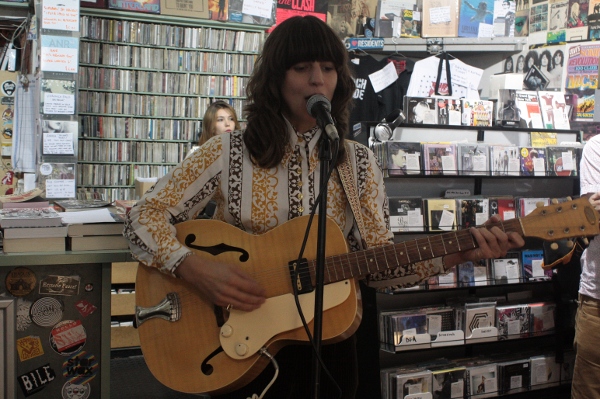 Let me declare here that I love the Fiery Furnaces - the more whimsical and wacky, the better.
Eleanor's solo debut Last Summer took things a lot further, on the simple side. So, to begin with, there was a downside from where I stood. But there is her immediacy and sophistication as we know it and nothing concerning the Furnaces and their members really ever looks for the easy way out.
There, at Rough Trade West, she was limited to a tiny space right in front of the till (weren't we all? The shop ends almost where it begins...!). And as she came face-to-face with her audience, stripped of everything but a guitar, a monitor and an amp, the walls crumbled. 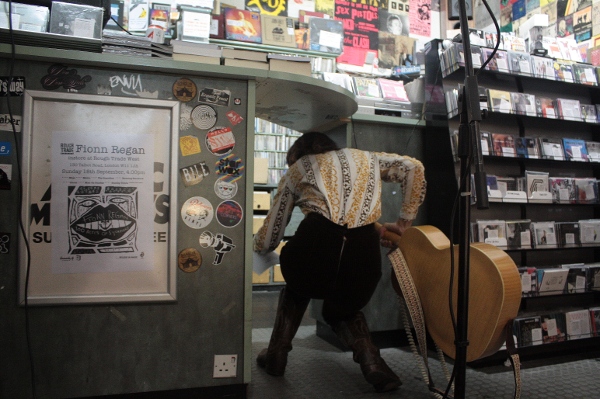 She looked vulnerable (how could she escape it?) and even though she never turned particularly open or chatty (and she didn't have to be..), she wasn't really far - literally or metaphorically. The unavoidable intimacy only added to the fragility of her songs, in a slightly needed, in this case, Eleanor soul squash.
Lacking the rest of their instrumentation, I can't say I found them particularly unique - Early Earthquake, My Mistakes and winner I Won't Fall Apart On You Tonight; didn't see much of a difference.
But, if anything, she kept you interested in what she had to say.
I would very much prefer, personally, to go back to more Fiery Furnac-esque complications; but this is her thing. And from what I heard (and saw) there are fans out there.
Finally, it's up to you. 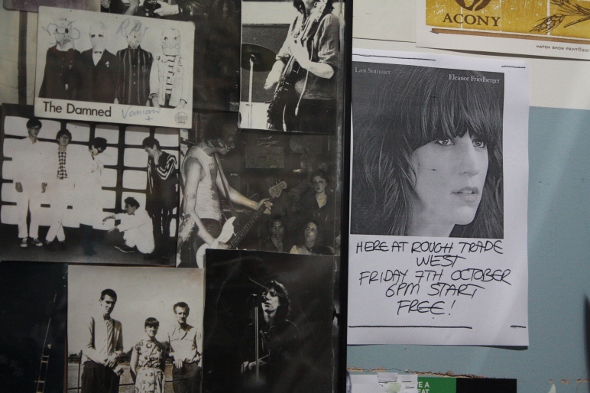 Review and photography by Danai Molocha, aka rockets4solitude.
Posted by DMol at 7.10.11